Beauty Made in Italy Spotlight: Carthusia 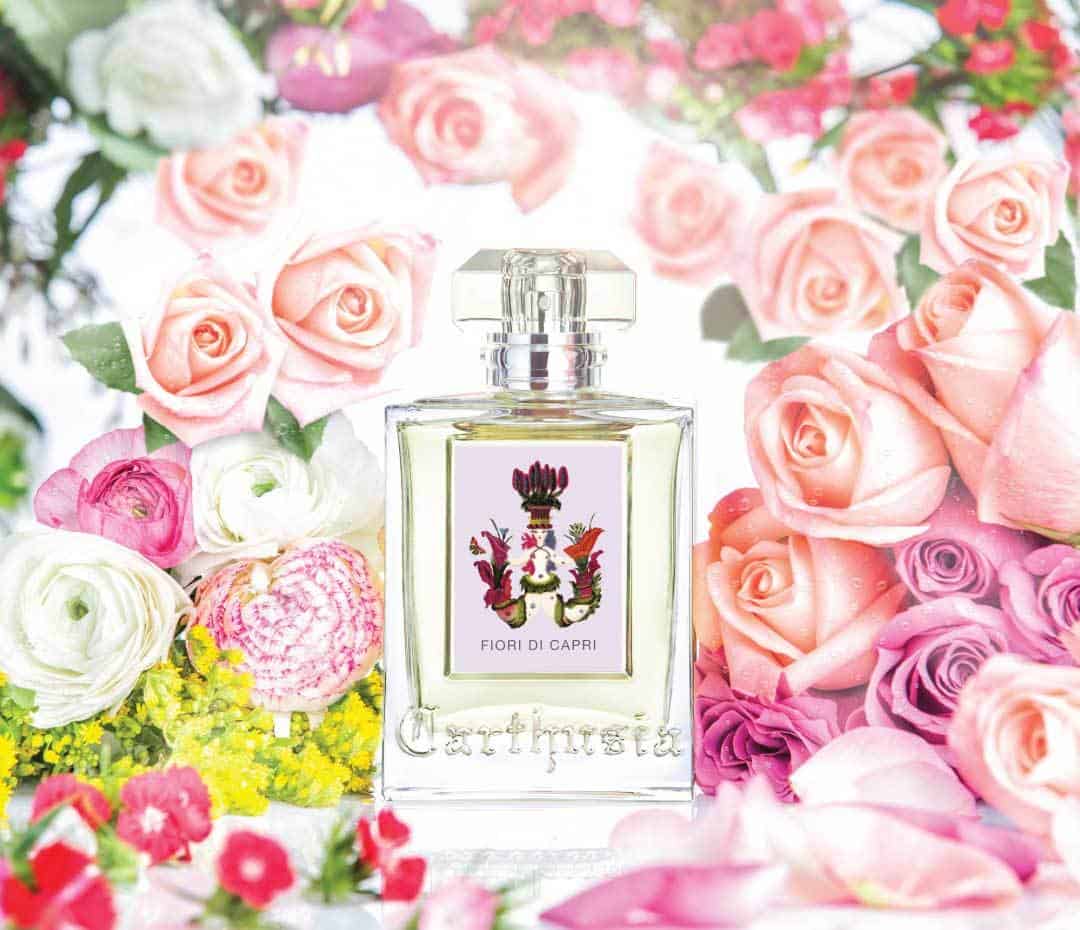 With all of its fragrances strictly related to Capri—think: the environment, plants, and flowers of the island—Carthusia has a storied history with the beautiful destination. The company’s offerings are dedicated to a sophisticated traveler who seeks elegance and tradition in a perfume; someone who would like to immerse themselves in the olfactory heart of the island. And now, they’re expanding the brand’s offerings beyond just fragrance.

Tell us about how the company got its start.
The legend says that in 1380, upon receiving an unexpected visit from Queen Joanna I of Anjou, the Father Prior of the Carthusian Monastery of St. Giacomo hastily created a bouquet of the most beautiful flowers. After three days, he noticed that the water the flowers were placed in had acquired a fragrance unknown to him, so he went for the answer to the Father Alchemist, who traced the origin of this scent back to the wild carnation of Capri, the “Garofilium Silvestre Caprese.” This water became known as the first perfume of Capri. 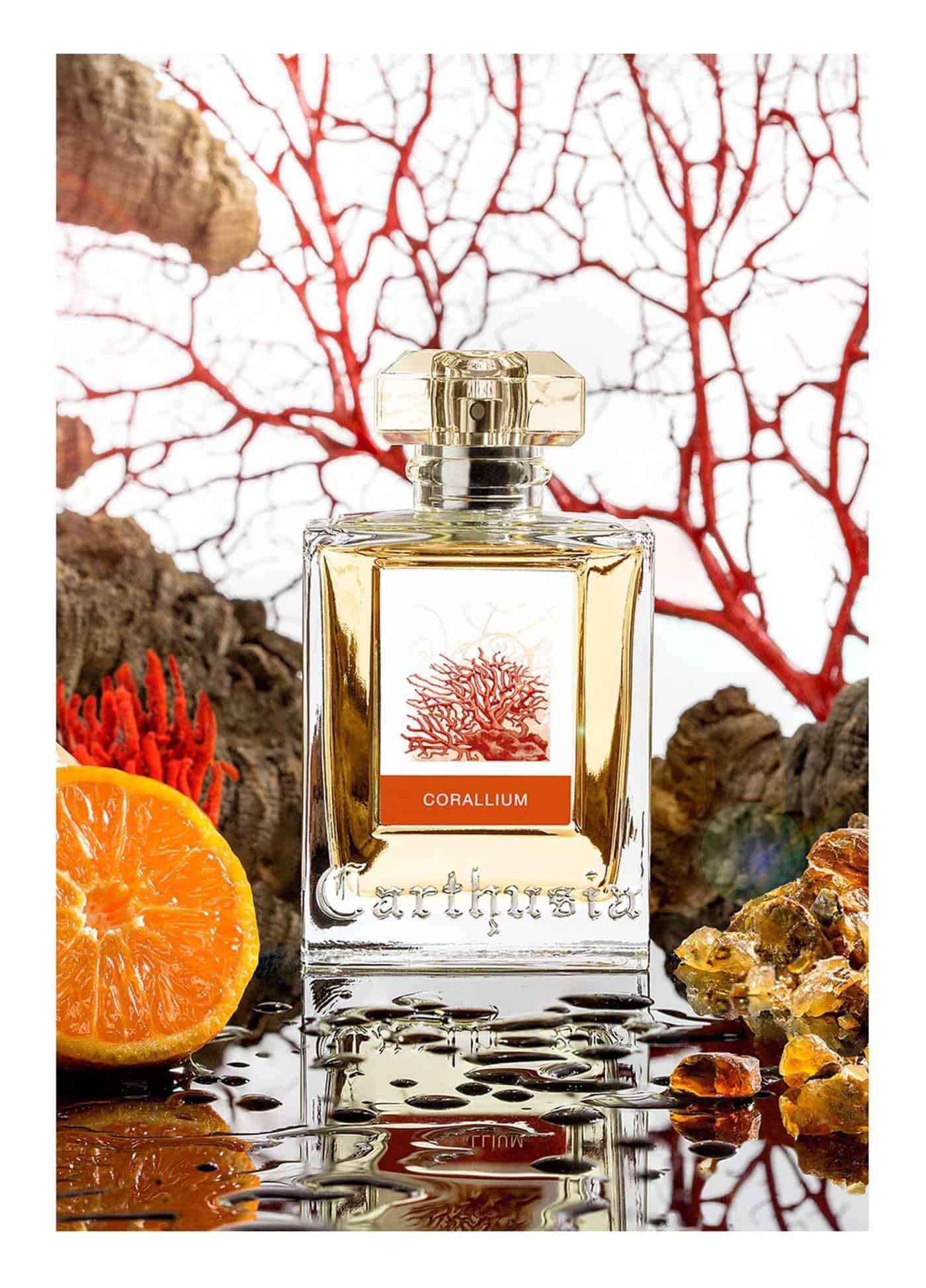 Then there was a discovery of formulas formerly under license from the Pope. How did that come about?
In 1948 the Prior of the Monastery discovered the ancient perfume formulas and, with permission of the Pope, revealed them to a chemist from Torino, who then set up one of the smallest professional laboratories in the world, which came to be known as “Carthusia” named after their order of monks.

What do you think Italian beauty brands offer that is unlike any other?
Italy has always been synonymous with quality, high specialization, variety, and elegance, and I believe that these aspects absolutely hold true in the beauty sector.

Are you determined to continue producing in Italy?
If you wish to write “Made in Italy” on your product you have to keep faith in that statement! It is a form of respect and trust between the brand and the client who chooses Carthusia over all the other brands.

Why is the company dedicated so much to creating everything by hand?
We believe that not everything can be done by machine! Now, we may be able to produce greater quantities in less time than before, but all the final processes of packing and wrapping are always done by hand. We pay a lot of attention to details, packaging, and wrapping, and these 3 things must always be done by humans.

What are some of the best-sellers over the years?
It’s always the market that decides, and we are very lucky that Carthusia has more than one fragrance that can be called a best seller like our classics Mediterraneo, Fiori di Capri, and Carthusia Uomo, but also some of our newest scents like Terra Mia, Essence of the Park, and Gelsomini di Capri. 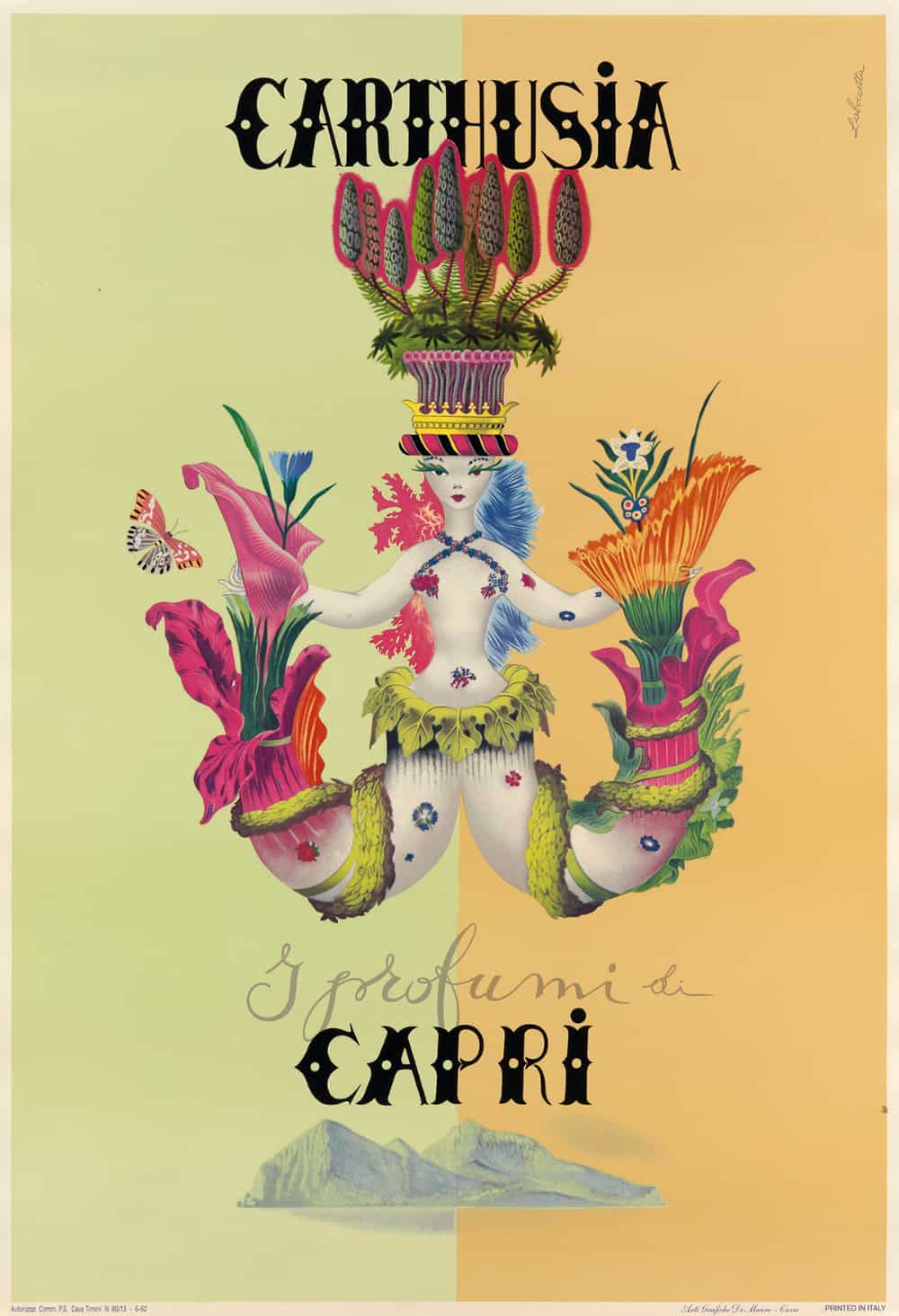 Tell us the meaning behind the “floral mermaid” symbol.
The symbol of the company, beautiful work in liberty style, was created in 1948 by the painter Mario Laboccetta. It portrays a “flower siren” that brings to mind the surreal and mythological landscapes of Capri’s heritage. She appears to be in the midst of an evolution, blooming with a myriad of colorful flowers, from which Carthusia perfumes descend, achieving a logo that recalls both art and nature in all their forms.
Are you coming out with anything new?
We are working on a holiday campaign right now. We will have some beautiful novelties. Precious gold and red candy boxes with a special selection of Carthusia products hidden inside; and the ultimate Carthusia luxury, our Advent calendar: an exclusive gift box that can be opened like a book and, hidden inside, 25 different fragrance, body, and home products for both men and women, with a nice surprise to discover on Christmas Day. Moreover, we are working on a special project for Summer 2021…but it is still top secret!

Tell us about the Carthusia Suites. How did that partnership come about?
We thought that for the dedicated Carthusia fans, it would be an amazing experience to have a journey totally immersed in a Carthusia environment. From the fragrance sprayed in the air, to the bathroom’s amenities, and the décor, all are related and connected to the suite named after a different Carthusia fragrance, obviously. So, we have a Corallium Suite, a Mediterraneo Suite and a Capri Forget Me Not Suite. We hope to add a fourth very, very soon!

And you partnered with the barber, Armando Aprea. Who decided on that partnership?
[Silvio] He is my barber! I’ve had my shave done by Armando since I was 30 years old. Once, I told him, “If I arrange a barber salon for you, will you come to work inside it?” He said yes. So, I decided to make it. Between me and Armando, there is just a simple agreement: I have to be the first client every single day!

What’s next for the company?
From October to January 2021 we will open a Temporary Shop inside Milano Centrale Railway Station! Come visit!

As Seen On Social…Emmy’s Edition! What Stars Wore To Celebrate From Home

Beauty Made in Italy Spotlight: Marvis

Beauty Made in Italy Spotlight: Proraso