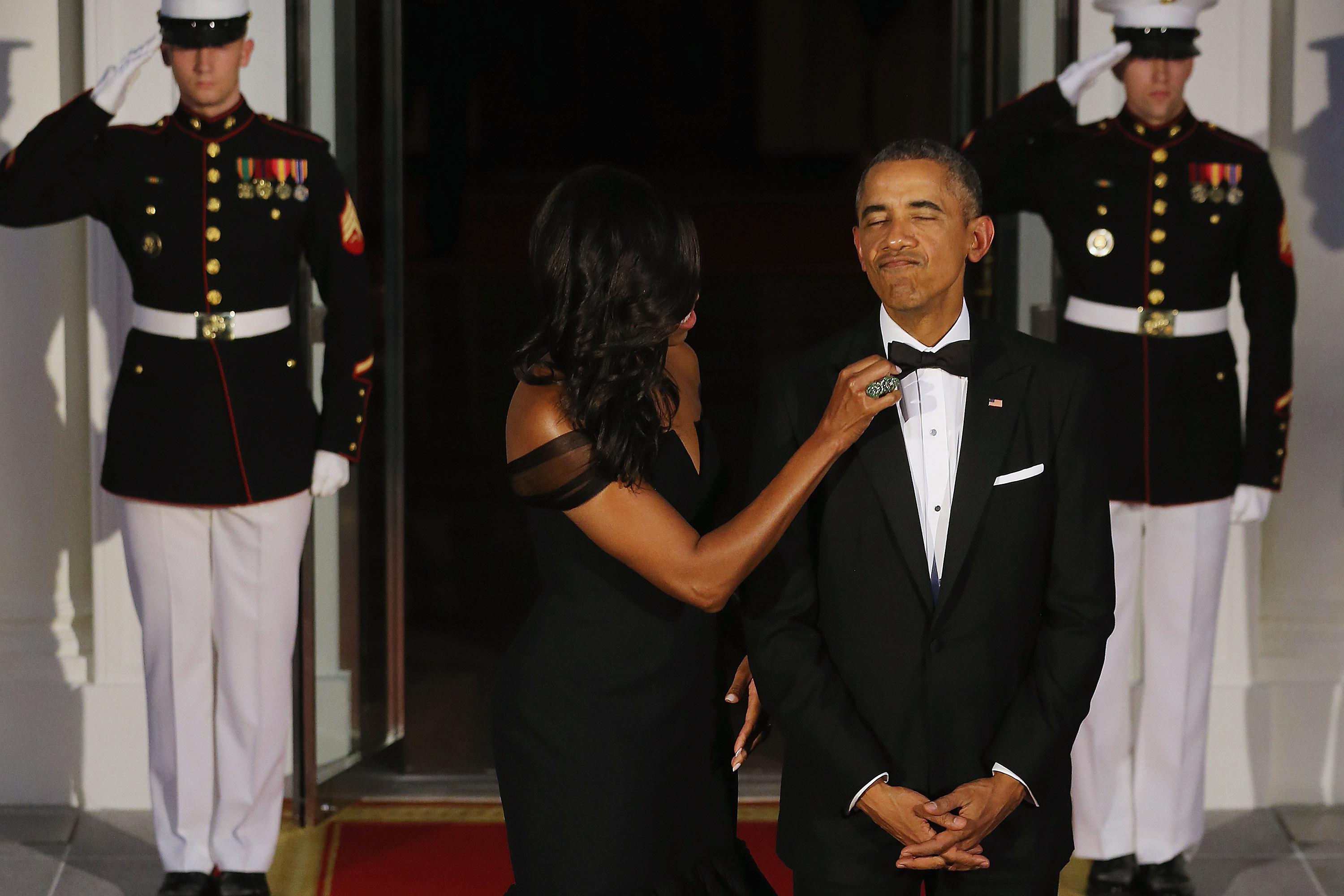 Barack Obama’s Tuxedo Secret Is Revealed [Huffington Post]
It looks like the former President is an outfit repeater! Michelle Obama revealed that Barack wore the same tuxedo and shoes for years at the dinners they hosted during their time in the White House.

Michelle Smith on the Inspiration Behind Milly Resort 2018

In a room full of penguins, no one is going to notice the same outfit worn more than once. A tux is a tux. Granted, you need a good quality tuxedo, but guys do not dress by the same rules as women. Imagine this exchange:

Q: Who are you wearing tonight
A: Hanes.