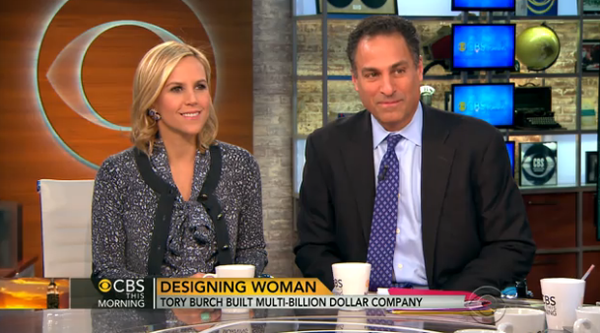 (NEW YORK) In 2009 Tory Burch founded The Tory Burch Foundation, in an effort to offer loans, mentoring, and education to female entrepreneurs. Since then, the foundation has given out 220 loans to women and now Burch plans to extend her helping hand even further. She and Andrew Plepler, a corporate responsibility executive for Bank of America, announced today on CBS show This Morning that there’s a new do-good partnership on the docket. Called Elizabeth Street Capital, the project will help even more women get loans. Bank of America plans to put $10 million towards Elizabeth Street Capital, which is named after the street on which Burch’s first store resides. Burch told CBS This Morning that her biggest problem when starting out was the capital. “There were so many doubters and raised eyebrows and really it was about confidence,” said Burch on the show. “I think if we can really instill that in women, and have them believe in themselves, that’s a really great step.” Burch is certainly prime mentor material, considering she’s grown a decade-old company into a billion-dollar business with 117 boutiques, plus 1,000 points of sale across 50 countries. Check out the full segment here.