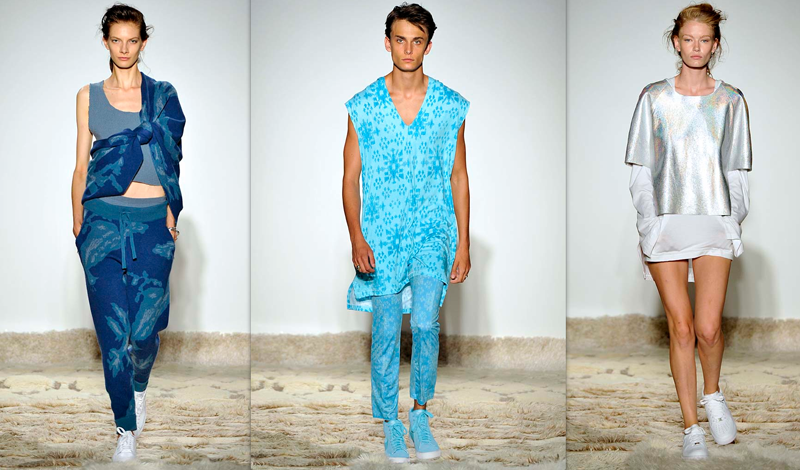 For their first-ever runway show, the hommes behind Baja East, Scott Studenberg and John Targon, offered up a spate of unisex threads, starting off with the blues. There were cozy cashmere knits, ribbed bra tops and shorts, interspersed with a bikini, then interrupted with tunics for the boys. The tunics took it up a notch, arriving in dark brown hues, emboldened with black. As for the prints? Well, they certainly had a tribal feeling to them. “We’re very into this Nomadic Athletica vibe for Spring 2015, salty, sandy, and street. Loose luxury and our ambisex approach to everyday dressing lives on, and evolves into, draped knitwear, effortless silk tailoring, cush activewear, and new neutrals,” the duo told us. Additionally, the crew of models was even referred to as a tribe, albeit one who rocks pristine white sneakers. Finishing off with a troupe of creamy white cashmere pieces, we wouldn’t mind being inducted into the Baja East tribe, should they need any new members.