With ‘Back Pocket Pasta,’ Colu Henry Abolishes Your ‘What’s For Dinner?’ Woes 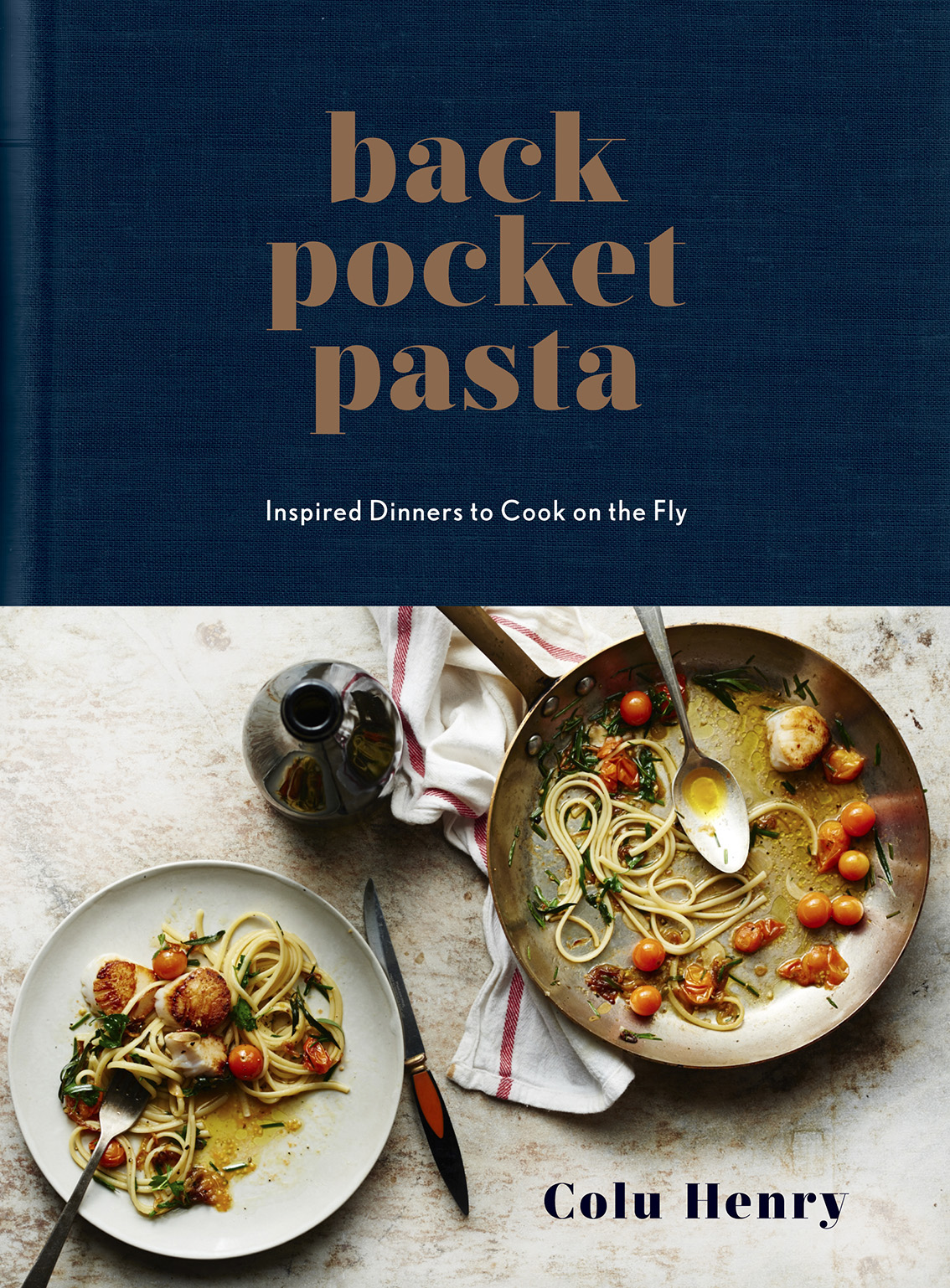 Which two newly-released books are shepherding your dear Daily through the dog days of winter? Joan Juliet Buck’s sexy, fearless memoir—more on that later—and Colu Henry’s Back Pocket Pasta: Inspired Dinners to Cook on the Fly. Henry, a Daily fave since her days at Bon Appétit, has gifted us with an eminently readable guide to getting food on the table using a heady mix of market finds, pantry staples, and that flour/egg/water concoction that you’ve seen us downing with abandon at Da Giacomo. As she embarks on her book tour, she indulged us further.

So Colu, what were the origins of the Back Pocket Pasta concept? Was it really born as a hashtag?
It was! Truth be told, I was coming home late after work and the most comforting thing for me to do was put on a pot of water to boil and find odds and ends to make a simple, soulful meal. I started the hashtag #backpocketpasta on Instagram to encourage others to do the same.

Who and/or what encouraged you to turn the idea into a book?
My dear friend, writer Marnie Hanel, texted me and said “you need to write a cookbook” and everything instantly clicked for me. I did need to write a cookbook; it made absolute sense. It combined everything that I knew how to do. My background is in chef and restaurant PR, so recipe writing, producing photo shoots, and marketing all came in handy, it turns out. Obviously, cooking too! Somehow, stars aligned and I made it happen. I’ve never been happier.

In sound byte form: how do you describe the book’s ethos?
If you shop seasonally and have a well-stocked pantry, a beautiful pasta dinner is no more than a boiling pot of water away.

Where did the recipes come from? How did you test them?
The book is broken into four chapters, which are by location, as we always cook at the mercy of what we have access to. The recipes combined my takes on traditional family recipes, as well as concepts that I developed through travel, and, of course seasonal ingredients. The testing process is rigorous. I make and develop the dishes sometimes a few times—gotta get them right! They are then tested by a recipe tester as well as my friends and family.

How did you embark on your pasta research?
My life is truly all about food and the people I eat it with and cook for. I pulled a lot from personal stories and experiences as well as my travels to write this book. I also read a lot of books about pasta!

Of all the techniques you describe, which do you find the most valuable?
Saving your pasta water. It’s the secret weapon to any sauce. It pulls it all together. I like to add the pasta directly from the pot to the sauce to finish cooking as well. No need to drain‚ unless specified for a reason.

Fashion people are frequently wary of pasta and its implications on the waistline. Discuss!
It kills me that pasta has such an unhealthy food stigma. I’m not saying you should eat massive amounts every day, but there’s a reason it’s been around forever. Looks at the Italians! There should be no guilt involved in both indulging in a late night bowl of cacio e pepe or creating a pasta dish built around seasonal ingredients. You’ve got one life. Live it.

Thoughts on pasta of the chickpea, low-carb, and whole wheat varieties?
Truthfully, I’m not a fan. If I’m going to enjoy pasta, I’m going to eat the real thing. Everything in moderation! If you’re looking for a lower-carb option, I’d zoodle instead. It has the same consistency as pasta, and it’s even healthier.

Any plans or dreams of doing another book?
I have a couple of ideas up my sleeve. My husband and I are currently driving cross-country on my book tour and taking a five-week sabbatical in Napa where I’m hoping to have some downtime and be inspired. I promise to keep you posted.