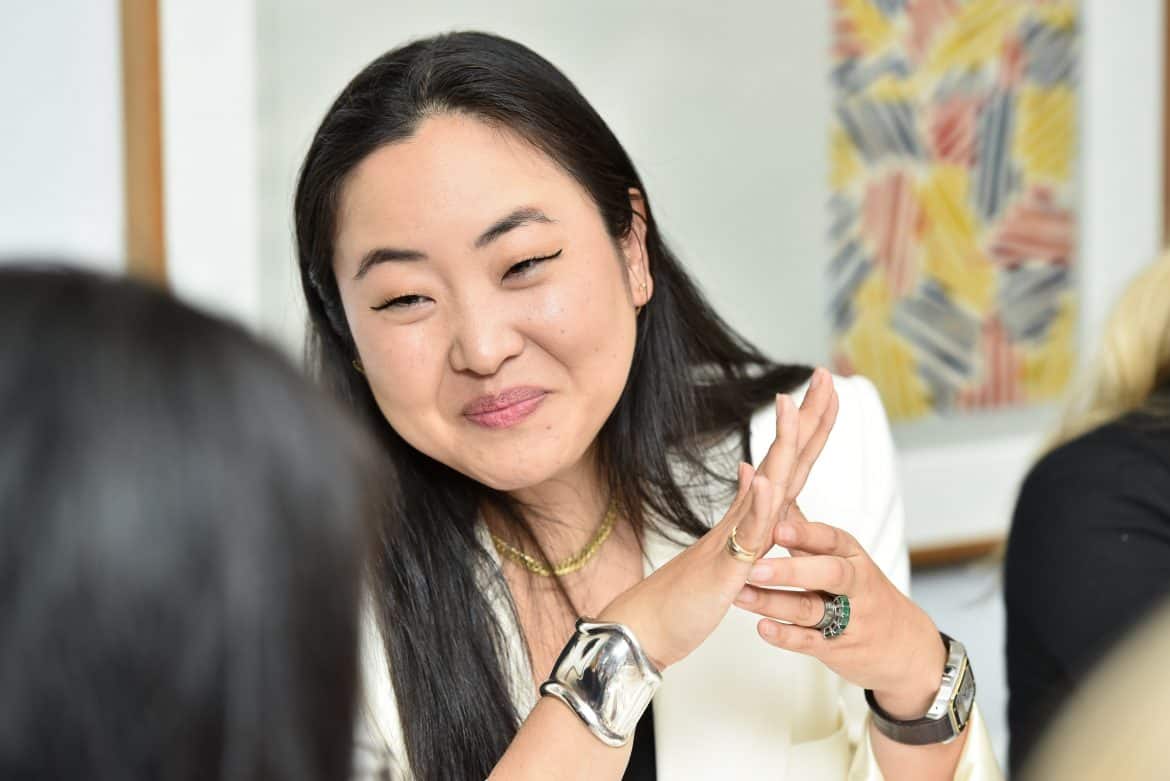 Marie Claire editor in chief Aya Kanai, who just took on her role with the Hearst title in December of last year. is leaving to become the head of content and editorial partnerships at Pinterest. In her new role she will lead the company’s global vision for editorial integrations between creators, publishers, and the product on the platform. Insiders have said that Pinterest is planning to up their game to take on Instagram. They’ve been focusing on curated spaces including the Today tab and Shopping Spotlights, where influencers and publishers are surfaced to Pinners.

Hearst has named Sally Holmes as her successor. She has been with Marie Claire since 2018, starting with the title as digital director, overseeing all content for their website and social platforms, and then went on to become executive editor.

“I love that I’m stepping into a role held by amazing women I’ve long admired,” Holmes said today. “Marie Claire is an incredible global brand that at its core is all about empowering women, telling impactful stories and connecting with its audience of smart, stylish, ambitious women. At this critical moment in our country, I’m honored to lead a brand that has the power to inspire meaningful change, amplify voices and galvanize readers to vote.”

Some wildly! exciting! news! I’m going to be the next editor-in-chief of @marieclairemag. I am THRILLED to be taking on a role that’s been held by some amazing women I’ve long admired, including @ayakanai, my partner in crime, who’s off to her next great adventure. So thankful to have the best team and to get the opportunity to lead a brand I love. So much more to come!

Kanai was previously Hearst Magazines’ chief fashion director since 2016, overseeing the fashion content for Cosmopolitan, Women’s Health, and Seventeen, among others. Additionally, she handled fashion styling for HearstMade and supported special projects for Hearst Magazines’ digital sites, including those of Harper’s Bazaar, Town & Country, and Esquire. She originally joined Hearst as fashion director at Cosmopolitan in 2013.  Previously, she’s had stints at Teen Vogue, Nylon, and Shopbop.

BIG NEWS: Buckle up, let’s go somewhere…together! 📌 I’ll be starting a new role as the Head of Content and Editorial Partnerships @pinterest 📌I am so grateful for every minute I have spent as an editor, specifically at @marieclairemag and @hearst brands ❤️ Personal style in all its forms is what inspires me everyday. At Pinterest, with more than 400 million monthly active Pinners, and over 240 billion Pins, I am looking forward to evolving the creative ways we can inspire our audience at the world’s first (and best IMHO) visual discovery engine.

“I am thrilled to be joining the Pinterest team,” Kanai said today in a statement.  “I have spent my career celebrating the vast diversity of personal style, bringing stories to life through images, video and features.  It is more important than ever that a range of voices and styles are discoverable and representative of all. I am looking forward to evolving the creative ways we can inspire Pinners, while giving brands new ways to reach this growing audience.”

Based in San Francisco, Pinterest launched in 2010 and is used by more than 400 million people each month. The site has more than 240 billion Pins saved across a range of interests.

“Pinterest sits at a distinctive space between visual discovery and wonderful ideas created by people around the world,” Evan Sharp, co-founder at Pinterest said today. “Our content and the publishers and creators behind it is what differentiates us from other platforms. With Aya’s vision, creativity and leadership working at some of the world’s leading media companies, we’re looking forward to redefining what it means to discover fresh inspiration on Pinterest  for a new generation of Pinners to enjoy.”