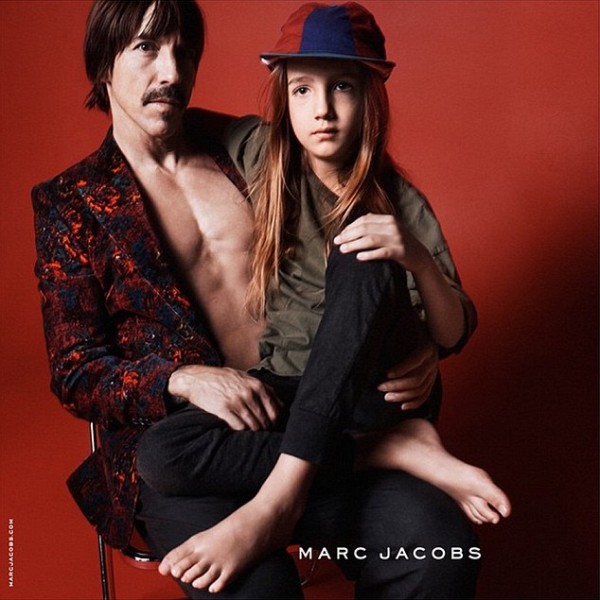 Another name in the mix for Marc Jacobs‘ Fall ad campaign: Anthony Kiedis, Red Hot Chili Peppers’ frontman, was photographed with his adorbs seven-year-old son, Everly Bear. The news broke via the designer’s Instagram a week after an image of Willow Smith was released, shortly after we all learned that Cher was Jacobs’ campaign gal in addition to being his Met Ball date. Just like the ads of Willow and Cher, the Kiedis campaign portrait was shot by photog David Smiths. The singer is most known for rocking out on stage, but he also showed face in the front row of Jacobs’ Fall 2015 NYFW show back in February…a sneaky hint indeed, Marc!

ALLSAINTS Releases The Third Installment Of Its Biker Portrait Series