Another Marriage of Film and Fashion 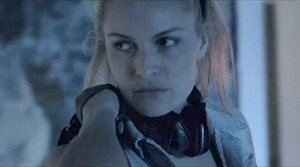 We’re such teases today. Vs. Magazine has produced a new film in collaboration with G-Star, Devouring Art, directed by and starring Terry Richardson‘s BFF Rie Rasmussen and we’ve got a first look. The Danish stunner stars as an ambitious painter in search of inspiration with co-star Marie de Villepin (front woman of the band PINKMIST), whose music scores the film. Synergy, people. The full film comes out on Wednesday, but enjoy this preview to pique your curiosity.