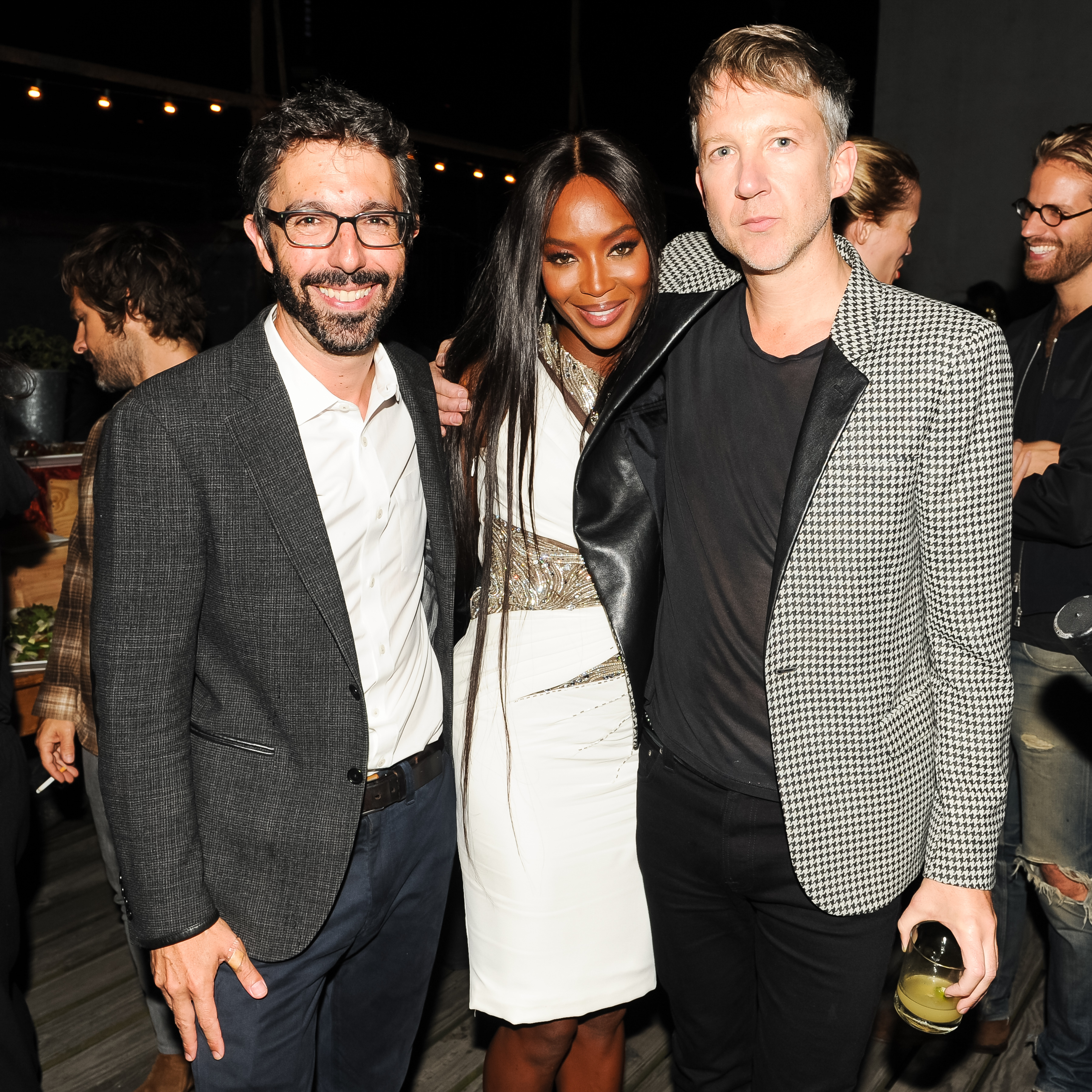 Jefferson Hack of AnOther magazine and Paul van Zyl of Maiyet hosted a chic party on the roof of German art director Thomas Hayo’s apartment on the Bowery. The roof, hung with strands of lighting, featured a large art piece by Robert Montgomery that was hoisted on a wall above the bar, while Andy Warhol’s 8-hour first-ever film Sleep played on the opposite wall throughout the party. Scattered around the deck were hammocks, rugs, and pillows. It was a very chill, arty affair just as you would suspect. It was meant to be a party that served as a refuge from all of the flashiness of other fashion week celebrations where industry vets could come and relax and actually enjoy the party.

But where there is fashion, there will be flash. There were high-profile artists like Aaron Young, Nate Lowman, and Dustin Yellin mingling with the likes of Naomi Campbell, Edward Enninful, Tabitha Simmons, Glenn O’Brien, Hilary Rhoda, Natalia Kills, and so on. Leigh Lezark posed in a hammock while a friend snapped photos, party goers reclining on a rug snapped selfies, and Yellin and company had an intimate dance party inside the apartment. Meanwhile, one of the building’s long-term residents and star of Andy Warhol’s Sleep 78-year-old John Giorno read a 10-minute poem to the crowd. One of the lines read, “May every glass of wine and vodka I ever drank come back and make you feel really good.” And we do believe, for this crowd, it did. It was a fun, let loose party that had all of the requisite glam of fashion week…even if it wasn’t trying to.

The Latest Issue Of The Daily, Decoded!