Another Day, Another Lindsay Lohan Did Something Wrong Story 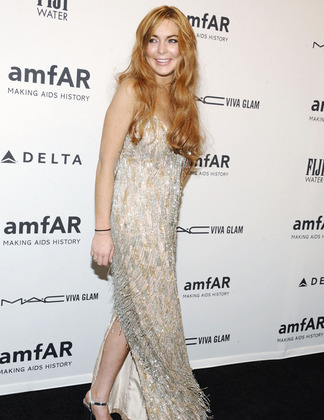 Try as we do to avoid reporting news on Lindsay “it’s never my fault” Lohan, we’ll break our own policy for the day. LiLo is in the naughty chair again because she ripped the hem of a borrowed $1,750 Theia gown that she wore to the amfAR gala on February 6th. The troubled actress went out clubbing after the event and ended up having a friend borrow scissors to cut the dress while on the town. A Theia rep tells The New York Post: “It’s appalling that it was cut in half.” But not that surprising.