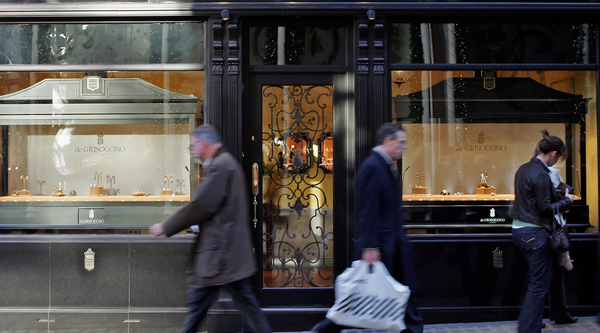 (NEW YORK) Catch them if you Cannes! A second joaillerie theft has taken place at Cannes. The bauble in question this time? A de Grisogono necklace valued at $2.5 million. The Swiss jeweler was hosting a celeb-studded 20th anniversary event at the Hotel du Cap-Eden-Roc in the luxurious resort town of Cap d’Antibes when the necklace went missing. Despite having 80 security guards at the event, the robber(s) managed to slip away unnoticed with the precious piece in hand. Incredibly, this is the first theft in the brand’s two-decade history.

The first Cannes theft happened a week ago, when robbers broke into a safe at the Novotel and stole approximately $1 million worth of Chopard jewelry. An employee of Chopard had been staying in the room, but was presumably away at an event being held by the brand that evening. Ironically, this theft took place just hours after the premiere screening of The Bling Ring, Sofia Coppola‘s film based on the real life story of the now-infamous ring of teenage robbers who targeted celeb homes like Paris Hilton and Lindsay Lohan.