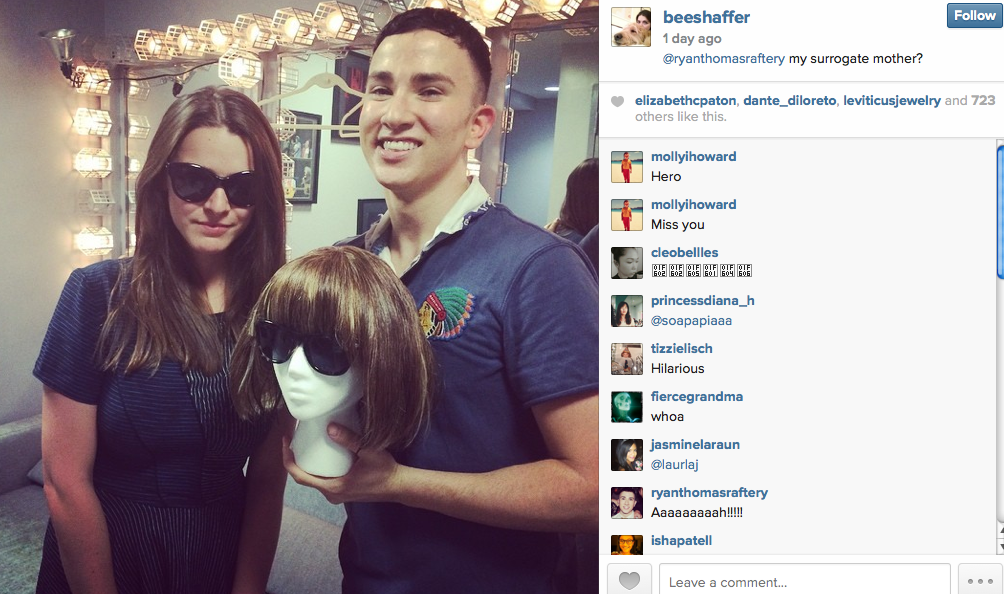 Remember that musical that premiered early this week where Ryan Raftery portrays Anna Wintour in drag? Looks like somebody sent her very own Ben Brantley to the first performance and everything’s OK. Wintour’s beloved daughter Bee Shaffer Instagrammed a shot backstage with Raftery with the caption: “@ryanthomasraftery my surrogate mother?” Ha! The actor was clearly thrilled and regrammed (as the kids call it) the photo that Shaffer posted with the message: “Anna Wintour’s daughter @beeshaffer came to my show last night. She told me her mom told her about the show and sent her to report back. (Flatline) #dead #fashion #houseofwintour #joespub Bee: @ryanthomasraftery my surrogate mother?” We #lovethis. Monday’s show was sold out, but you’ll have a chance to catch Ryan Raftery Is the Most Powerful Woman in Fashion when it returns to Joe’s Pub on September 5th, which just so happens to be New York Fashion Week. Something tells us that Raftery will be playing Wintour as long as audiences crave seeing her on stage, which could be a very, very, long time.