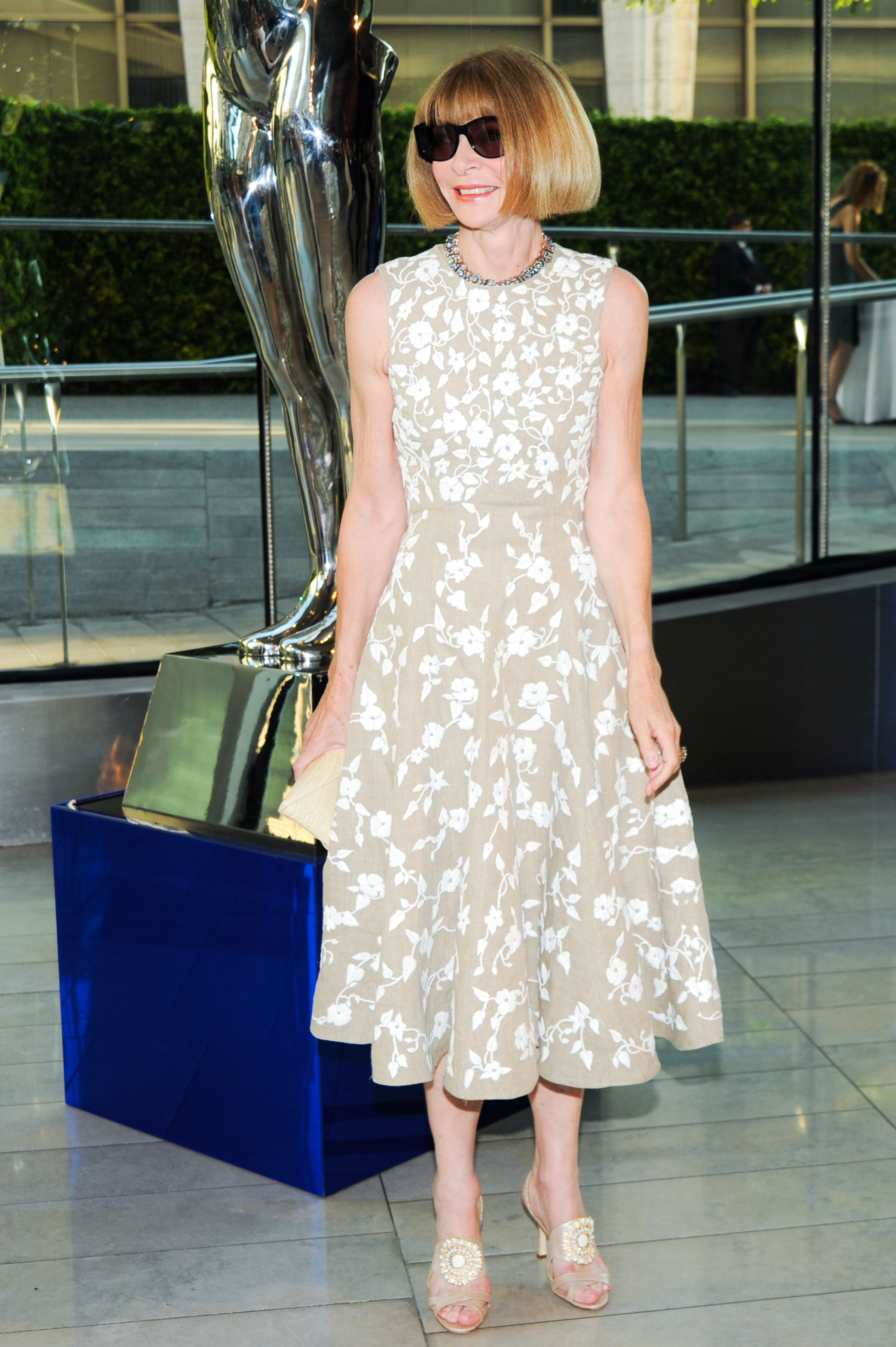 Anna Wintour will be honored with the Michael Kors Award for Outstanding Community Service at the Eighth Annual God’s Love We Deliver Golden Heart Awards dinner on October 16th, Kors announced today.  “She’s been an incredible supporter of God’s Love We Deliver and her dedication to community service knows no bounds,” Kors said in a statement. Wintour follows in the footsteps of Hillary Clinton who picked up the inaugural award from Kors last year. God’s Love is the New York metropolitan area’s leading provider of life-sustaining meals and nutrition counseling for people living with severe illnesses. The gala will also honor CBS honcho Leslie Moonves, who will receive the Golden Heart Award for Lifetime Achievement, which will be presented by Halle Berry (who joins the CBS family this summer in Extant, hitting the boob tube on Wednesday nights). Blaine Trump and Kors will help serve as event co-chairs along with Berry and John D. Idol, Chairman and CEO of Michael Kors.  U.S. senator Kirsten Gillibrand will serve as honorary co-chair of the dinner. This year’s gala will once again be held at Spring Studios in Manhattan.