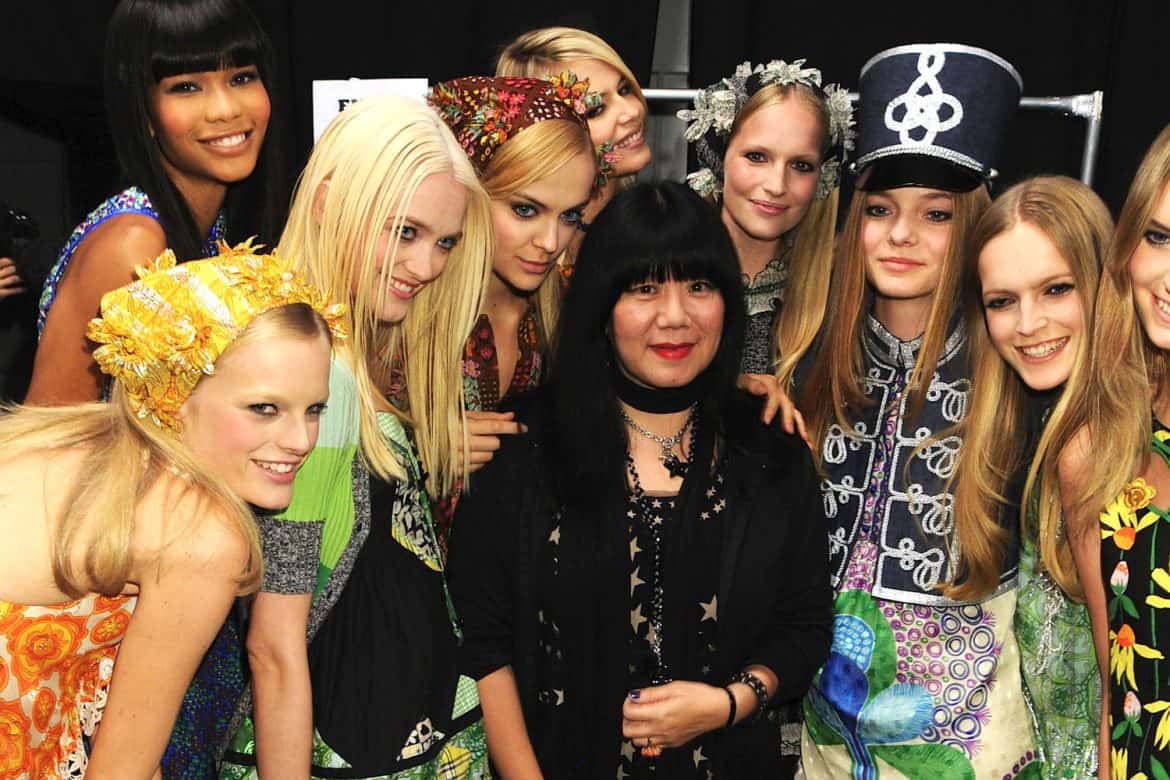 Last week, Teva invited editors to a private tour of The World Of Anna Sui exhibition at the Museum of Arts and Design in New York. Sui was on hand to walk guests through the retrospective, which celebrates her career highlights and inspirations. We grabbed the lady of the hour to talk about looking back on her storied career and what she hopes the “kids” will learn from her.

Is this your first exhibition?
This exhibition started at the Fashion and Textile Museum in London, so Dennis Nothdruft curated it and we traveled it here. We skewed the exhibition to New York and made changes. When you walk in, it’s my inspiration of when I went to Parsons, what designers I was loving, what I was dreaming about, and some of my early work. In London, it was skewed more to my British designer idols so it’s a little different. An advantage to this is we have all the backdrops from my shows available (and on display) so for the backdrop of each of the archetypes we used actual backdrops from my shows. You’ll recognize some of them.

Did you keep them in storage?
The company that made them kept them. We were really lucky that they still had them. 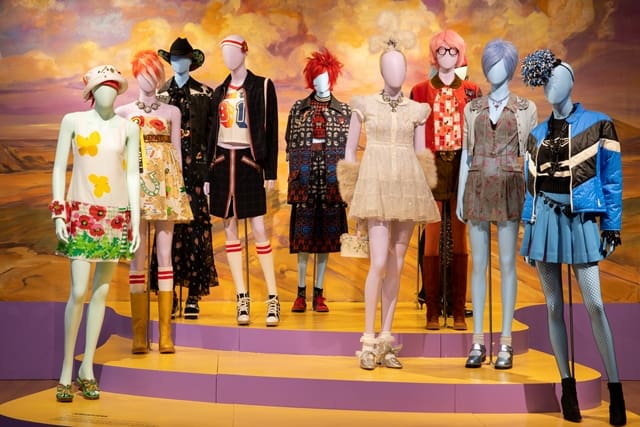 Fashion is always next, next, next. What’s it like to look back?
It was really emotional. Thomas Miller who has been with me for more than 30 years as my assistant has been overseeing the whole thing because I had to work on the fashion show. He was here at the museums setting up and he said every time that he walks in was so emotional to see. We never really look back. After we’re done with every collection, it’s packed up and we never open those boxes for 25 years. We realized we’ve been working with all the same people in my fashion shows. Garren has done every show for hair, Francois Nars and then Pat McGrath for makeup, Erickson Beamon have done all the jewelry since the first show. James Coviello has done all the hats from the first show. We really celebrated all of them in this exhibition.

It’s important for kids to realize there is a name on the label, but there’s a family behind it. There’s a group of people. It’s not just one person who makes it all happen. I think that’s important for them to understand. They have to create this family who will help them through and learn their language and help them express what they are trying to express. I couldn’t possibly do it on my own.

Do you have a favorite piece in the collection?
The most iconic are the baby doll dresses. There is one them here and then three of them are at The Met. That’s the most recognizable. The first collection was probably the most emotional because I never thought that was going to happen. I never dreamed I could do a fashion show. It was really all my friends who helped make it happen — Linda [Evangelista], Naomi [Campbell], Steven [Meisel], Paul [Cavaco]. Whenever I see those clothes, I remember what it was like backstage [at the show] and how everyone was really pushing for me. 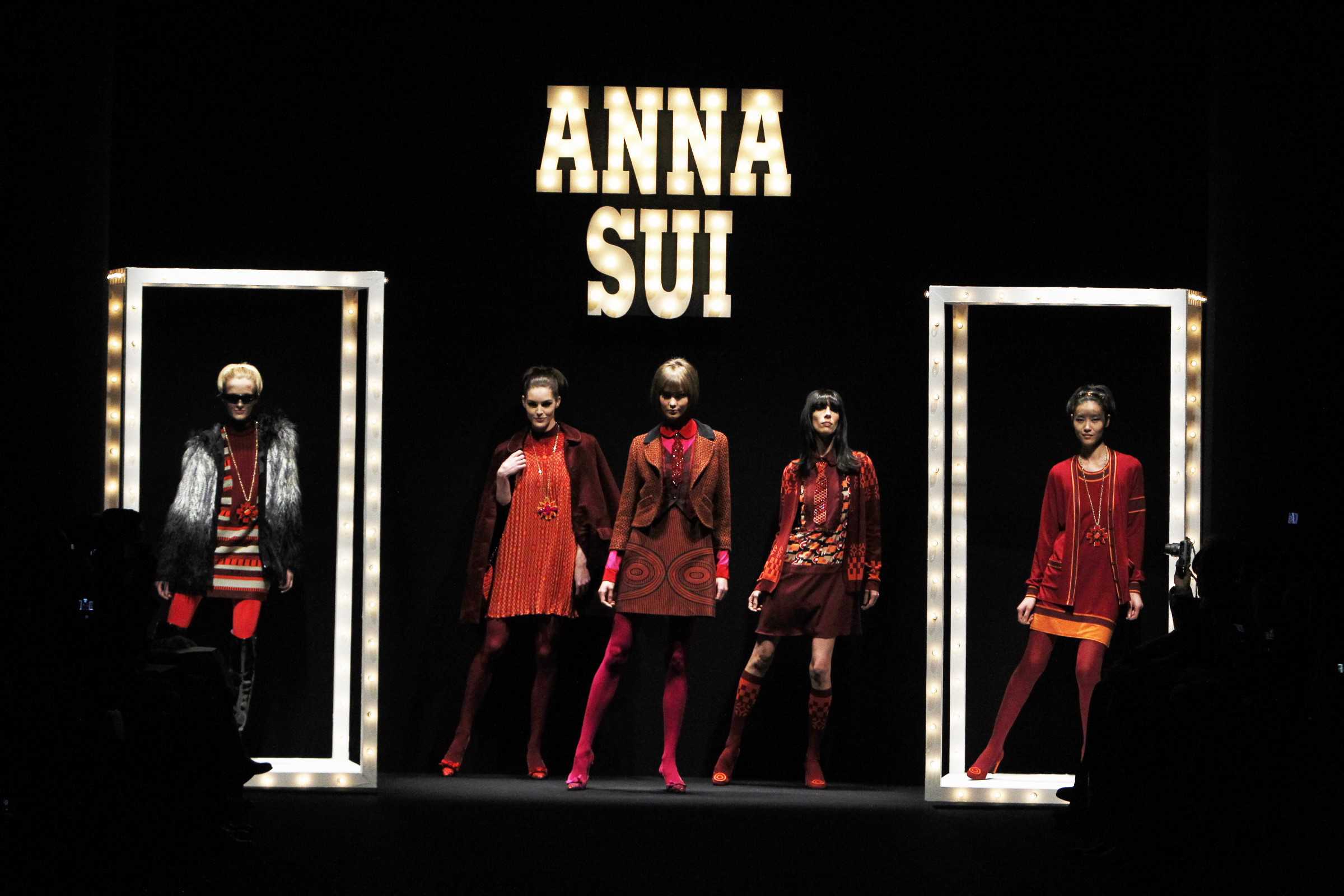 Are you a sentimental person?
I think so. The other thing that’s really emotional is that a lot of the fabrics when I first started were all domestic. We made all the rolls in New England, all the cottons in the South. Everything was in the four block radius of my office as far as trims and everything. I saw that all disappear through these years. When we created some of the clothes for Opening Ceremony — which we’ve done twice. And now we’re creating something else for another department store for something in the Spring — it’s so hard to source now. A lot of those places don’t exist now so we have to find somebody who will do them.

It’s sentimental. I was starting out then, and I was friends with a lot of the owners who were old school guys that were in the business since after the war. They took a shine to me because I was so interested in the creative process. You got to know the owner. Everything now is so corporate. You never get to meet the owner. You never have that relationship. It’s not the same as it used to be. Back then there was such a structure.

How often have you come to the exhibition?
This is my fifth time. The first time I saw it was the day after my show and I had to do interviews. I was trying to check out the exhibition, but I was doing an interview through the whole thing. Now we have a Sui Saturday where we do talks. The first one was with [curator] Dennis Nothdruft. This Saturday we’re doing it with Pat McGrath and Garren. Simon Doonan is going to moderate. [Karen Elson will be joining Sui on January 11th] 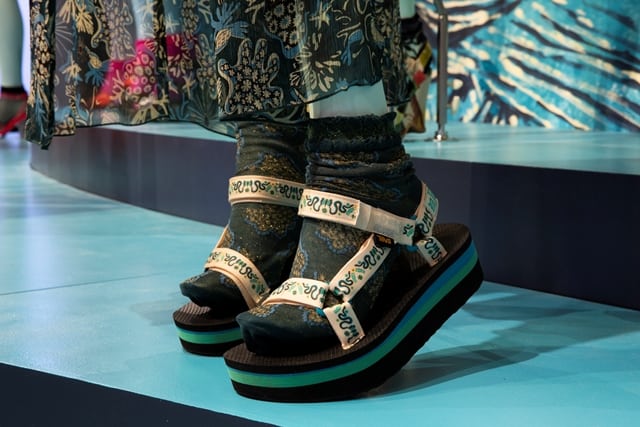 What do you think of Barneys possibly closing?
It’s just so sad. It’s like the end of an era. I started my career with Barneys Co-op. Those ten years I had my business before my fashion show, they helped me build my business. Little by little it grew and grew. It shows you a sign of the times. But now we have this exciting Nordstrom. Thank god! There’s something refreshing and new. It looks like they are shaking it up again and making retail exciting again. Let’s hope!

The World of Anna Sui is on now at the Museum of Arts and Design, and runs through February 23, 2020.