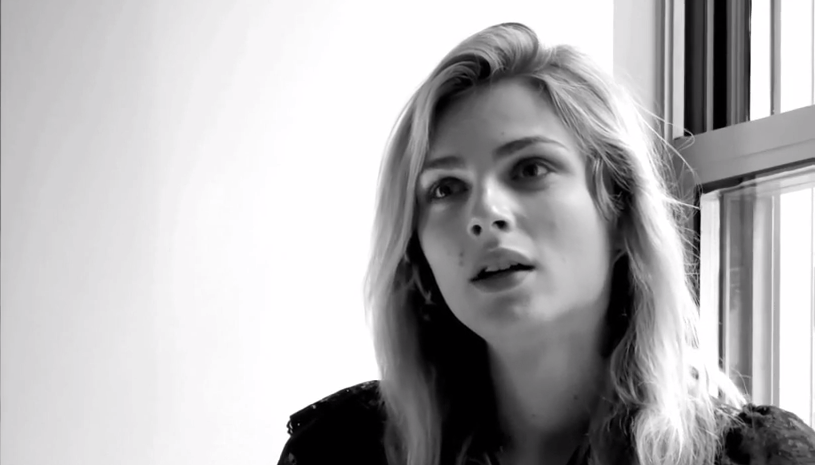 Model Andreja Pejic‘s beauty has long been embraced by the fashion world whether she was walking the catwalk as a man or woman. In a five minute short film created by W Hotels and arts and culture organization Liberatum, Pejic discusses the moment he decided to become a woman. The film called Transformations, highlights major figures from the world of fashion, design, and entertainment speaking about their own personal transformations.

Born Andrej Pejic, the Australian model was originally billed as an androgynous male walking the runway for men shows and designers like Marc Jacobs and eventually as a male also modeled both men’s and women’s shows. Pejic walked both the menswear and womenswear runways for Jean Paul Gaultier. Earlier this year Pejic underwent sex reassignment surgery and in September started a Kickstarter campaign to raise funds for a film about her story that ultimately raised $63,325.

Also in the film by Pablo Ganguli and Tomas Auksas, Calvin Klein creative director Francisco Costa discusses the transformational moment of his mother’s passing, Dita Von Teese talks about the moment she first discovered red lipstick, and Liberty Ross talks about the powerful transformation of having her children. The film also includes Gia Coppola, Yves Béhar, Dianna Agron, Lil Buck, and graffiti arists JR. The message? Don’t be afraid of change and don’t be afraid to be who you are. Truly moving!