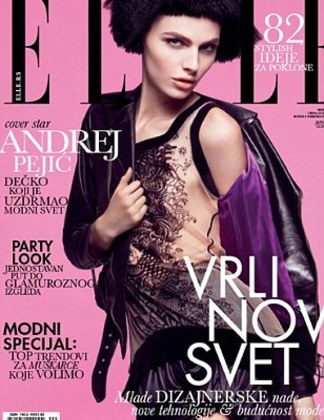 Elle, yes! The new year is off with a bang for Andrej Pejic who has landed the cover of Serbian Elle’s January issue. Pejic’s dressed in Jean Paul Gautier on the cover and is featured in a spread as a man and woman. It’s the first time that a transgender mod has been on the cover of Elle, and it’s particularly poignant because the 21-year-old is a native of Serbia. Nice!

Who Came Out For Jeffrey Cares?

Where Else Would Dita Von Teese Be?