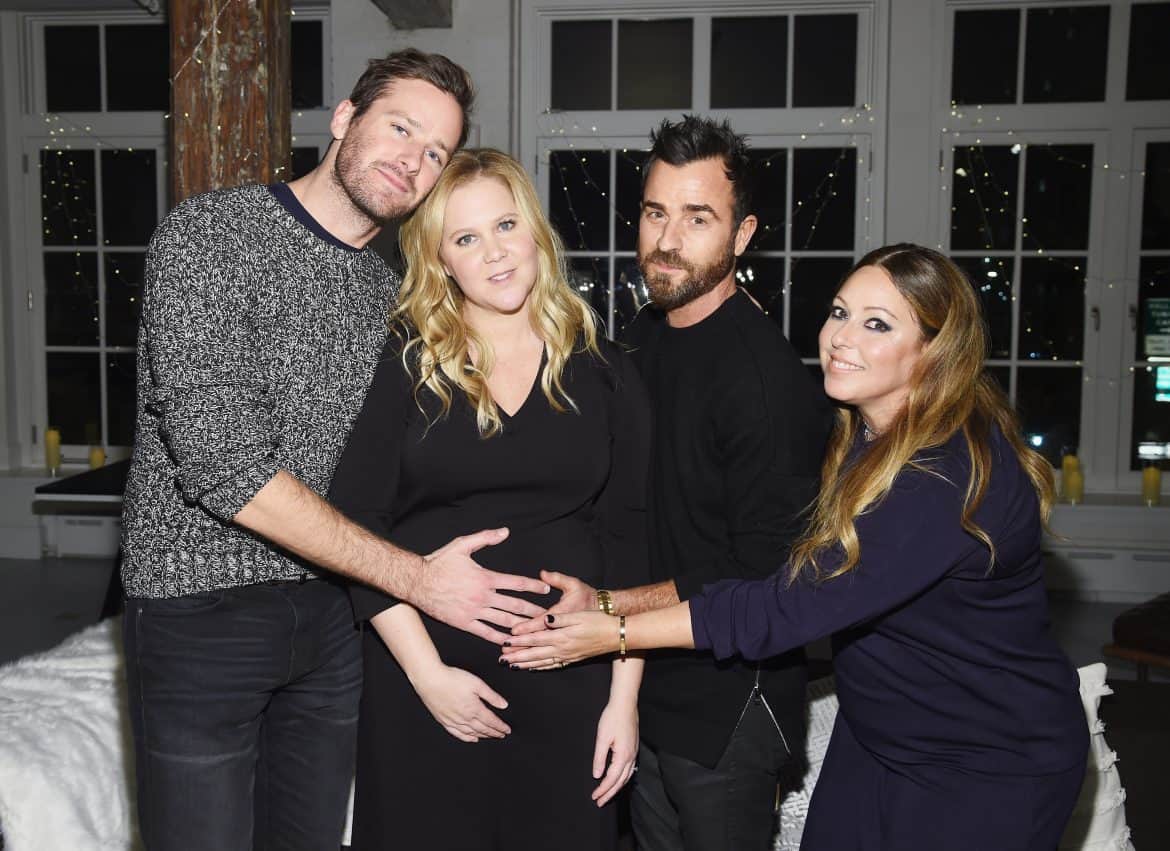 Amy Schumer and her longtime stylist Leesa Evans have launched Le Cloud, a ready-to-wear collection for “every woman” of all shapes and sizes. Last night friends such as Emily Ratajkowski, Armie Hammer, Justin Theroux, Vanessa Bayer, Bridget Everett, Rachel Dratch, and Jessica Seinfeld came out to toast Le Cloud at a private residence in New York. Before the party kicked off we sat down with (a pregnant) Schumer and Evans to get the scoop on their accessible new line, which is available online at select Saks OFF 5th locations.

How did you guys first hook up?
Amy: Leesa was the costume designer on my first movie Trainwreck. She has a long relationship with Judd Apatow and has been working a long time. She worked on Clueless! She’s been around the block! I was reticent about my fittings because I had so many outfits for that movie and she held my hand through it. She said fashion should be fun and you should feel comfortable and live to your full potential. Her imparting that to me was something I wanted to give to every other women.

How did the line come about?
Leesa: It was organic. We started STYLEFUND initially and we got excited about the idea that we could help so many people learn how to use clothing as a tool.  We were like the clothes that we want aren’t always out there and not everyone has the benefit of a stylist to find all the pieces that make us feel so good.

Amy: Which is unfair!

Leesa: We were like, “Let’s do a line!”  It came together so organically. We have the same ideas. We wanted it to be accessible, comfortable, and for everyone. We wanted to make people feel good and have something for everywhere in your life from walking your dog to a party. (30 percent of net proceeds from sales of the collection will be donated to Community Partners, a not-for-profit organization in support of the STYLEFUND project, the duo’s program that aims to empower women from all economic backgrounds, to use clothing to increase their confidence and their success.)

I understand the name Le Cloud has a fun story behind it.
Amy: Calling it Le Cloud is a little bit of us making fun of ourselves. I always say to Leesa, “Does it feel like a cloud?” That was our joke. I feel really entitled to comfort in a way that some people don’t.

Leesa: I would say, “Not everything feels like a cloud, Amy! Get into this dress and go!”

Amy: And I would say, “Bitch, Make it feel like a cloud!”

Leesa: So it was the obvious name! 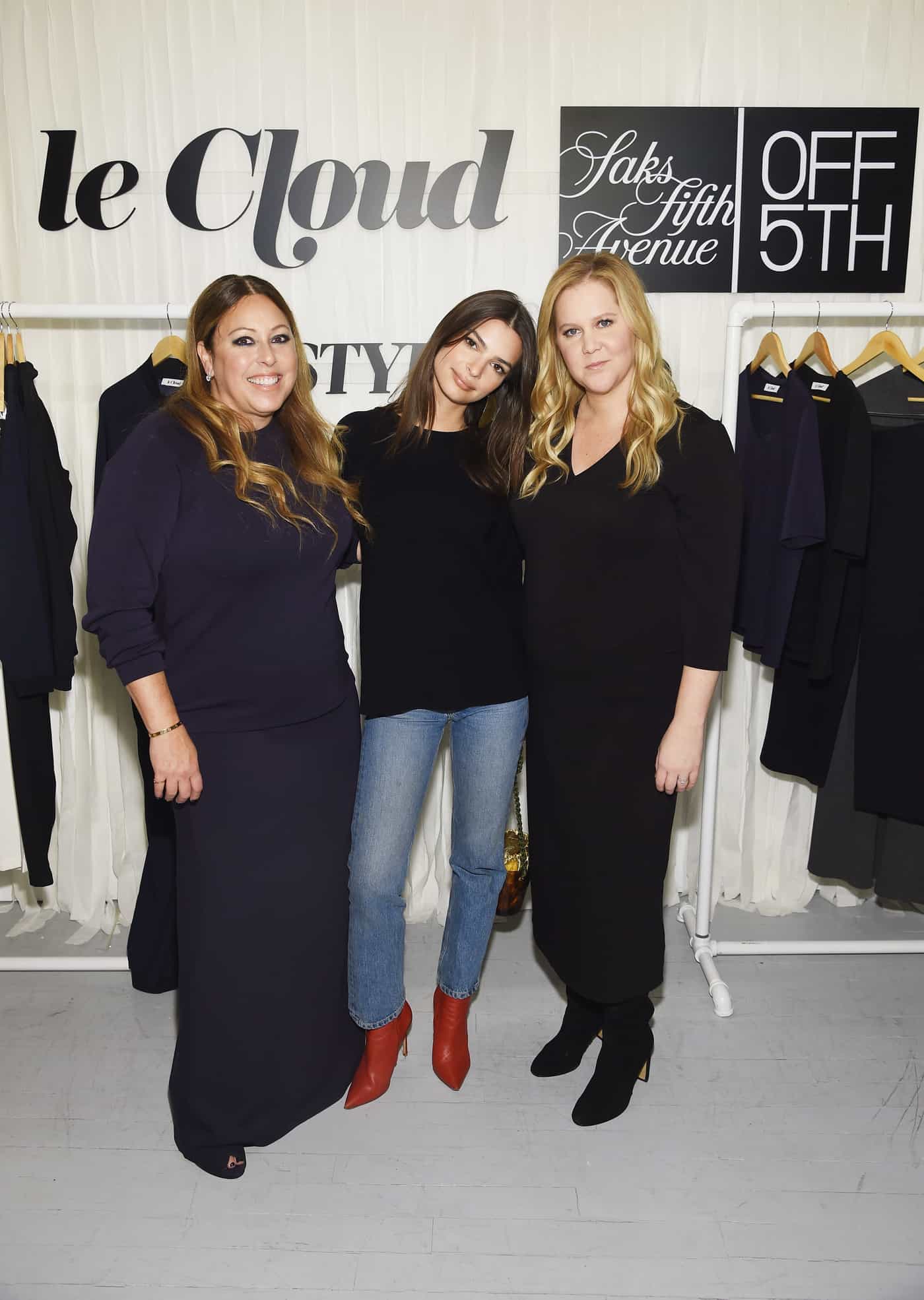 The line goes up to a size 20. Why do you think that audience has been ignored for so long?
Leesa: I have a theory on it! It’s a strictly technical theory. It’s been very hard. I shop a lot for a living. You get past size 12 and people change designing ratios. There’s so many technical aspects to it, which is an old idea. Why would we change anything?

Amy: I don’t even understand it. I have money now and I’ll go into a fancy store and I’m like, “Who has money for this? Who can afford it?” I’m this girl from Long Island and my friends are nurses and teachers. We wanted to make stuff that they could afford and fit in to. We’re all around the same size. There’s a bad feeling when you go into a store and they don’t have your size. It was really important to be inclusive.

Let’s talk about your campaign. Who are the women in it?
Amy: They’re all good friends. A friend from the Comedy Cellar, my friend Jen from growing up who is a nurse,[Actress/downtown legend] Bridget Everett… We didn’t want it to look unapproachable and unrelatable. This is a line for everybody! 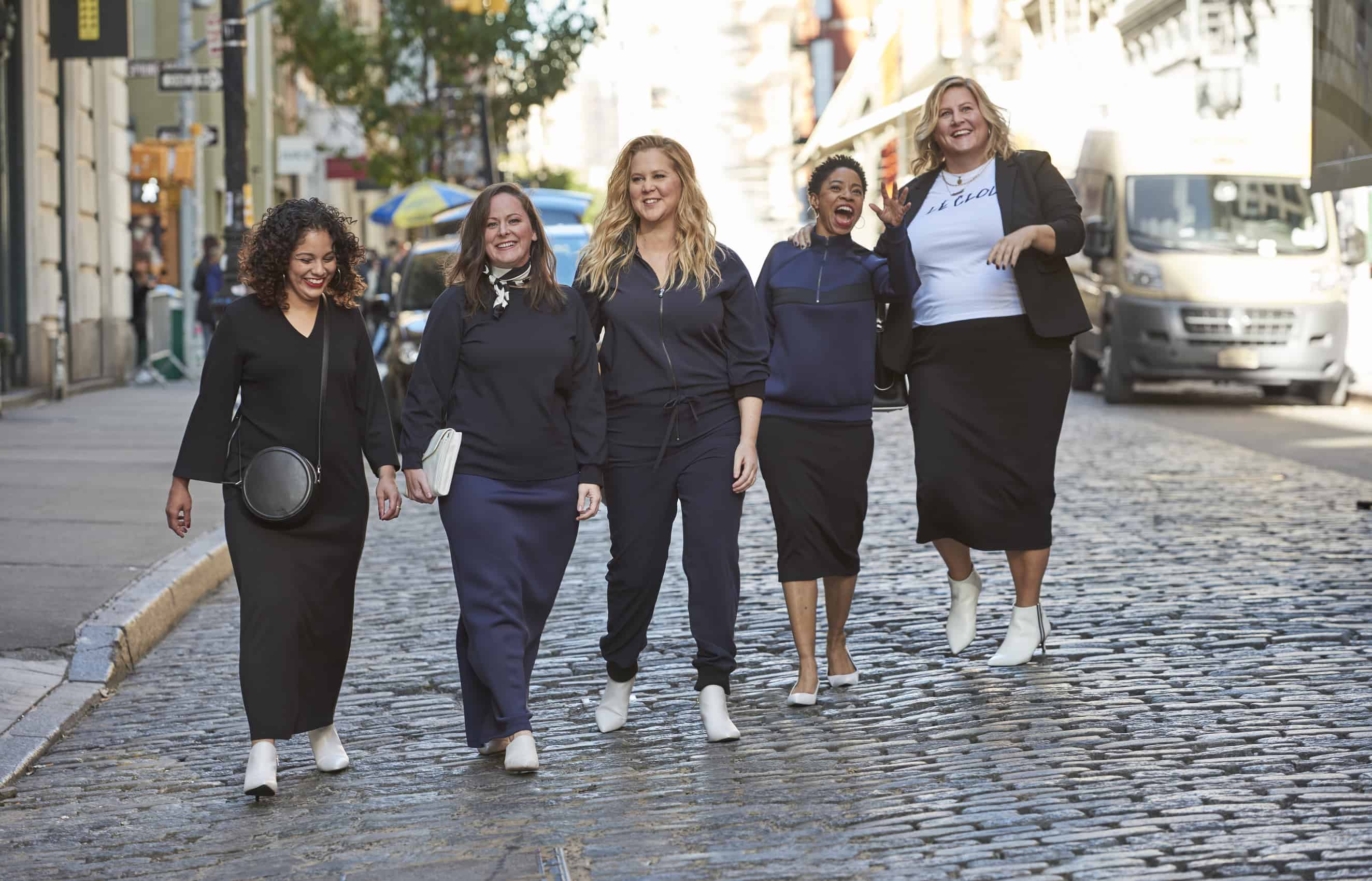 Is this going to be a continued collection?
Amy: Oh, hell yeah!

Leesa: Amy and I are excited to move forward!

On another note…What are you guys doing for the holidays?
Amy: I’m about to film a comedy special, then I’m on tour, and then I’m going to my sisters for a couple nights for Christmas to hang out.

Leesa: We’re staying home for Christmas. My family is coming over and then we plan to go to Alaska for New Year’s and see the Northern Lights.

Amy: Oooh, I’ve always wanted to do that. What are you doing? 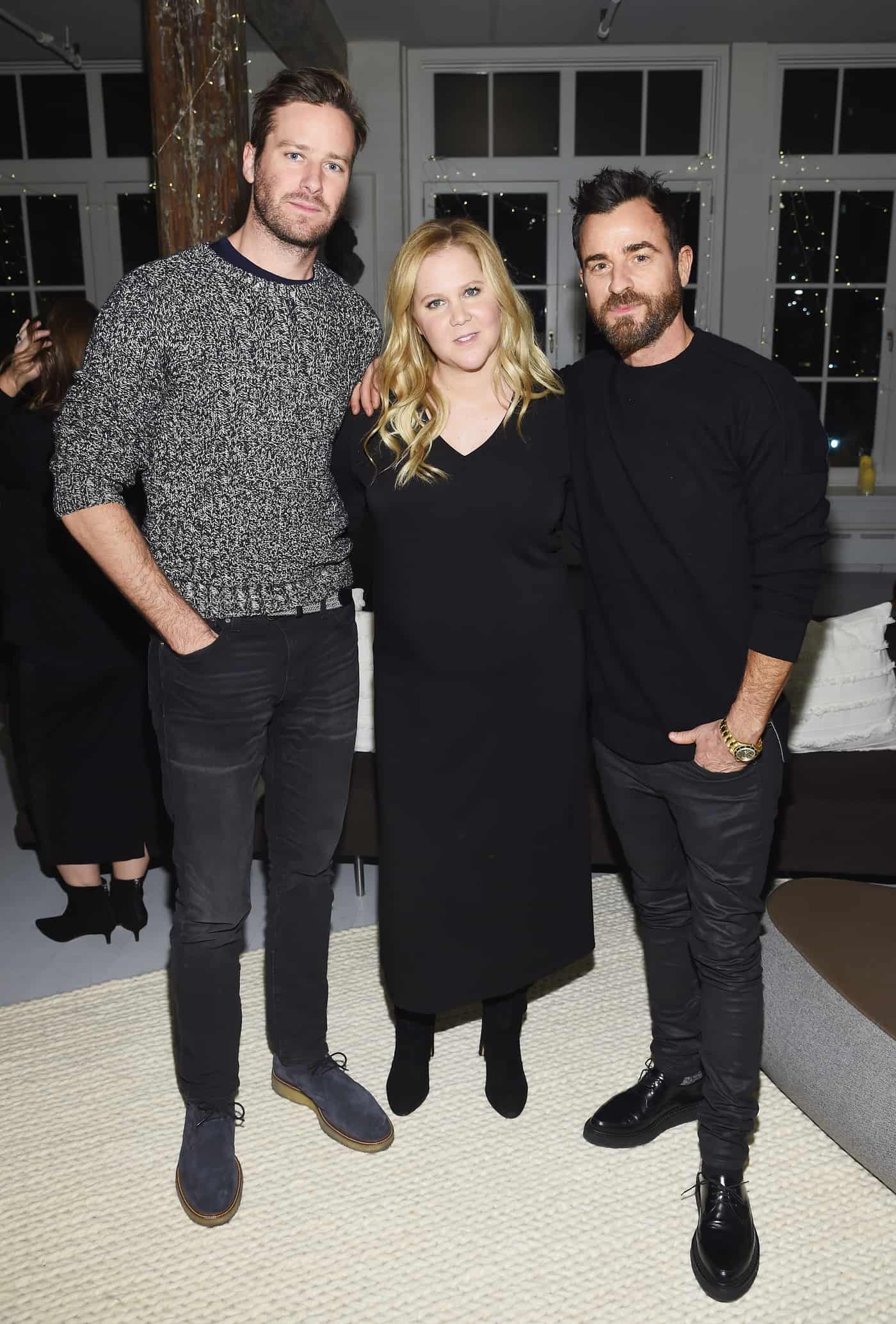 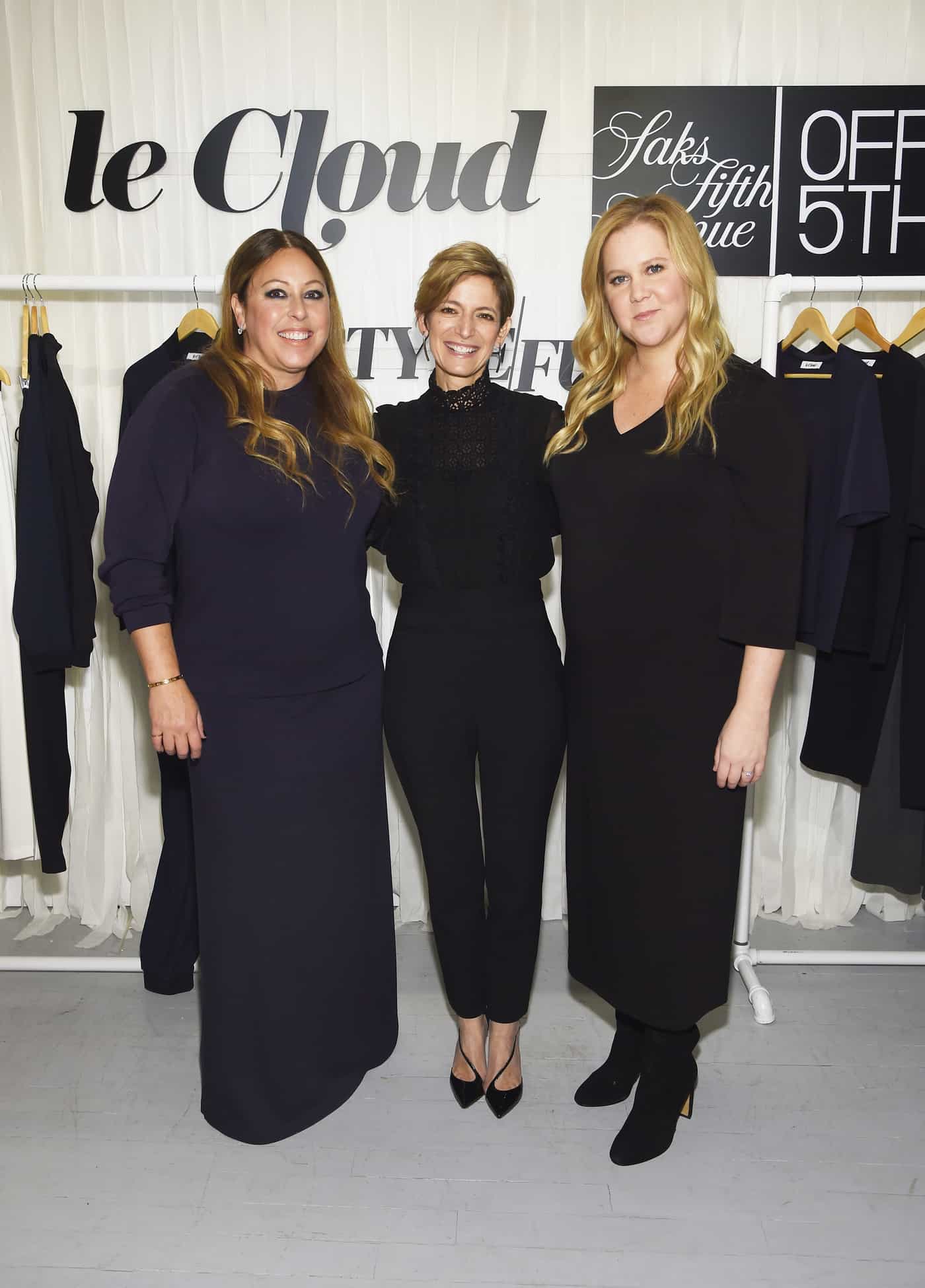 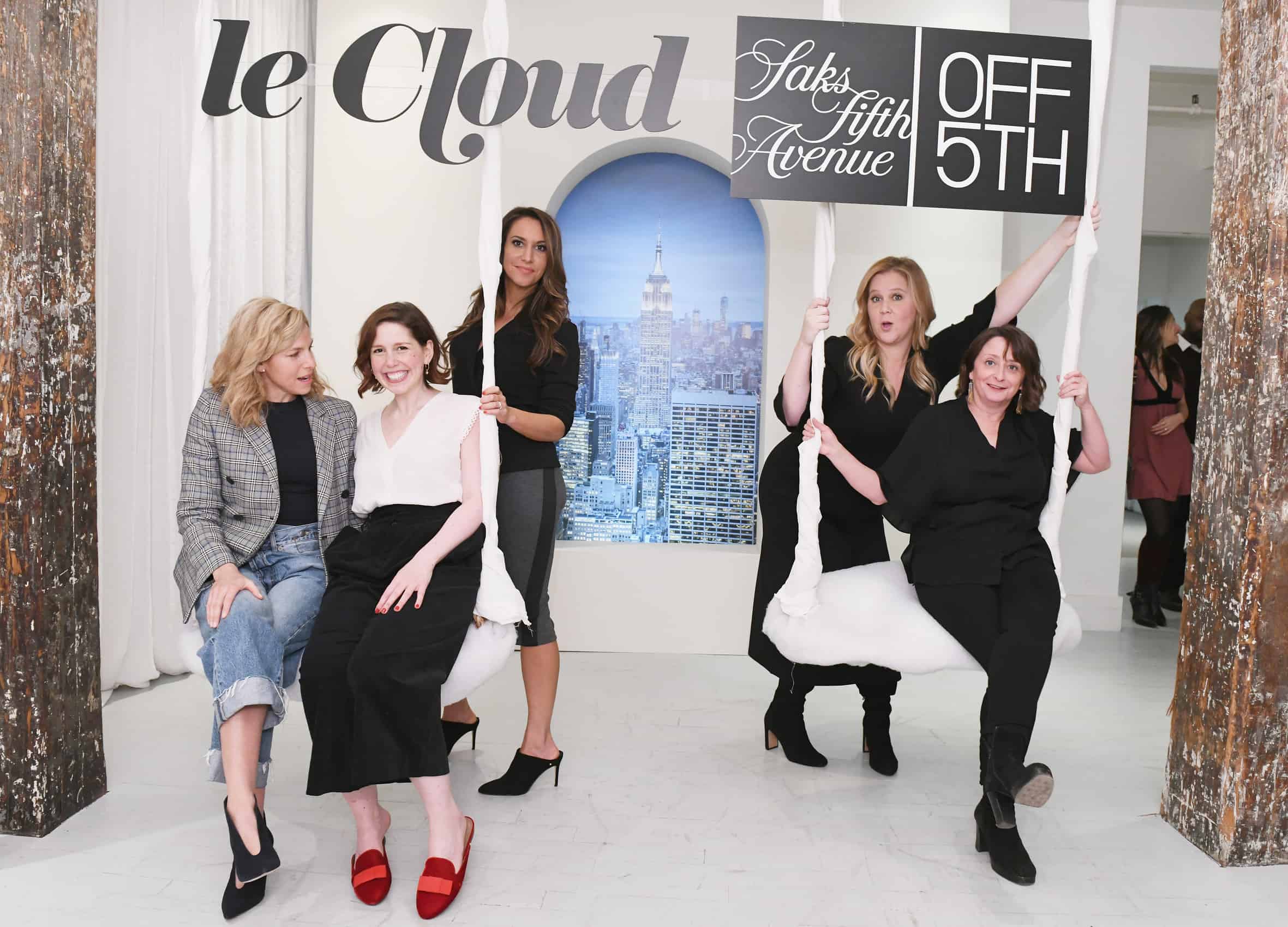 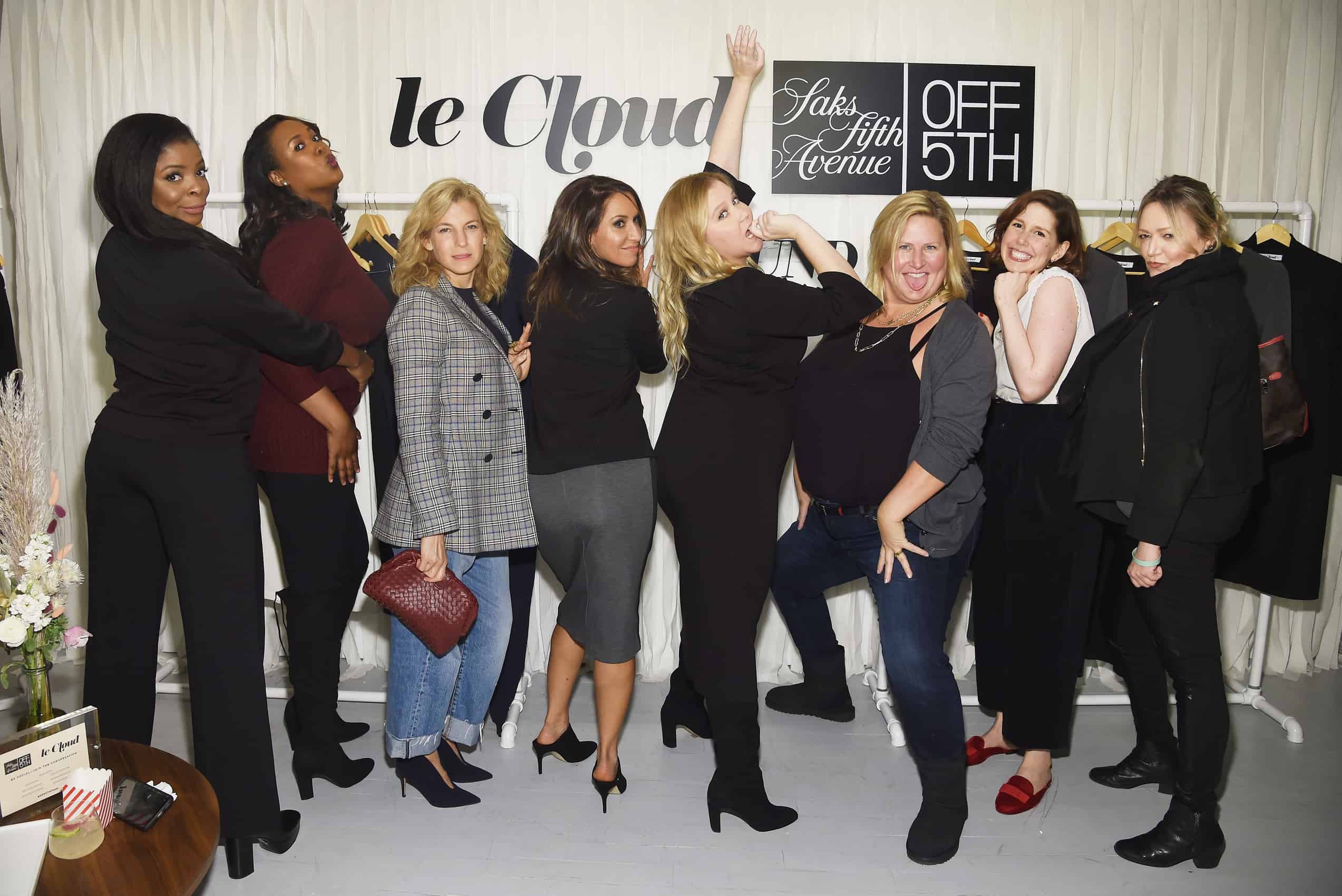