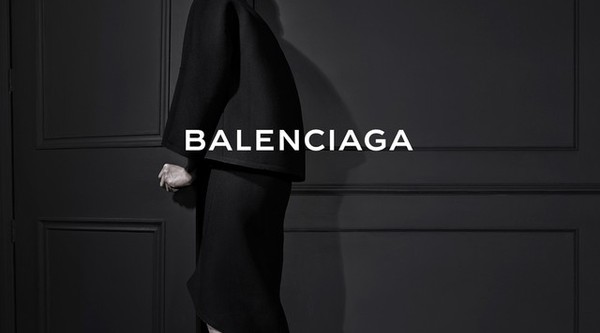 Steven Klein shot Alexander Wang‘s first ad campaign since being named Balenciaga’s creative director and we’re getting a Hitchcock vibe from this black and white shot. The fall campaign features Kristen McMenamy‘s body, but no face, so the attention is all on the clothes. (McMenamy is known for her androgynous appearance, but that must have been a particularly easy day at the office.) The campaign rolls out in June. You dig it?