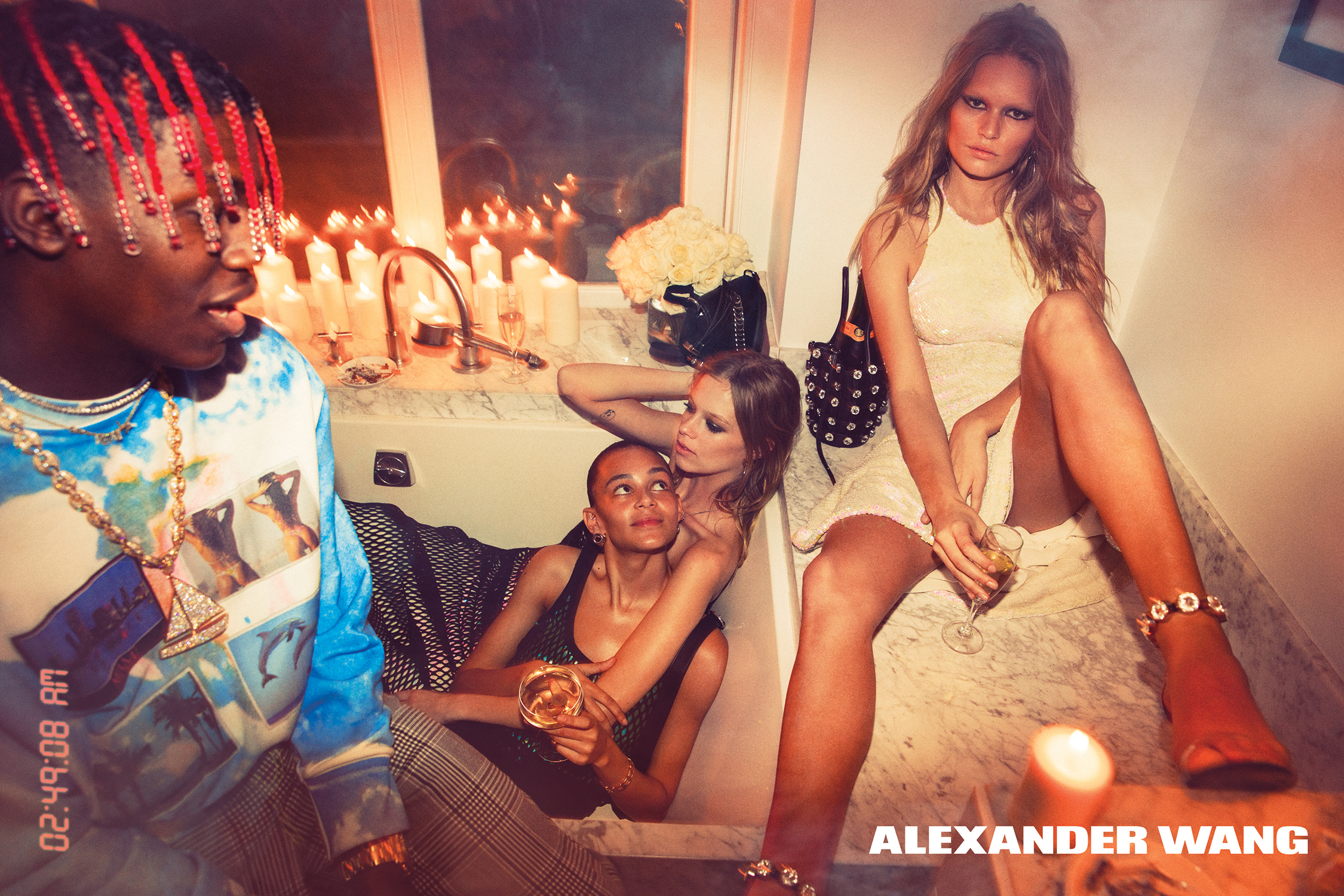 Everyone knows Alexander Wang throws the best parties in town. What could possibly top last season’s 10th anniversary blowout? Perhaps a personal invitation to attend a house party hosted by Wang, which is exactly the theme of the designer’s Spring/Summer 2017 campaign, shot by Inez & Vinoodh. Shot in the penthouse of the old, iconic Police Building in downtown Manhattan, the campaign features Wang’s fave models like Anna Ewers, Lexi Boling, Binx Walton, Hanne Gabbe Odiele, Stella Lucia, Adwoa Aboah, and Issa Lish. And it wouldn’t be a proper #WangSquad bash without high-profile artists from the worlds of film and music. Ninja from Die Antwoord, Lil Yachty, Zoë Kravitz, and R. Kelly (!!) joined in the party (as well as faux music stars like Instagram’s fake Drake, Nissim Baraness).

While the campaign kicked off at an actual penthouse party on December 7, other images show fictional gatherings everywhere from the kitchen and bathroom to the dance floor and the elevator. Wang is not without a wicked sense of humor, so the campaign also features an early morning “walk of shame,” although we’re pretty sure no one else’s walk of shame ever looked this good!

This season the campaign’s creative director was Ferdinando Verderi of Johannes Leonardo agency. While this season’s #WangSquad had many familiar faces, the actual crew was new. Wang has worked with photographer Steven Klein and creative director Pascal Dangin of KiDS Creative for the last several season, so Inez & Vinoodh, along with Verderi represent a new direction for the new year.