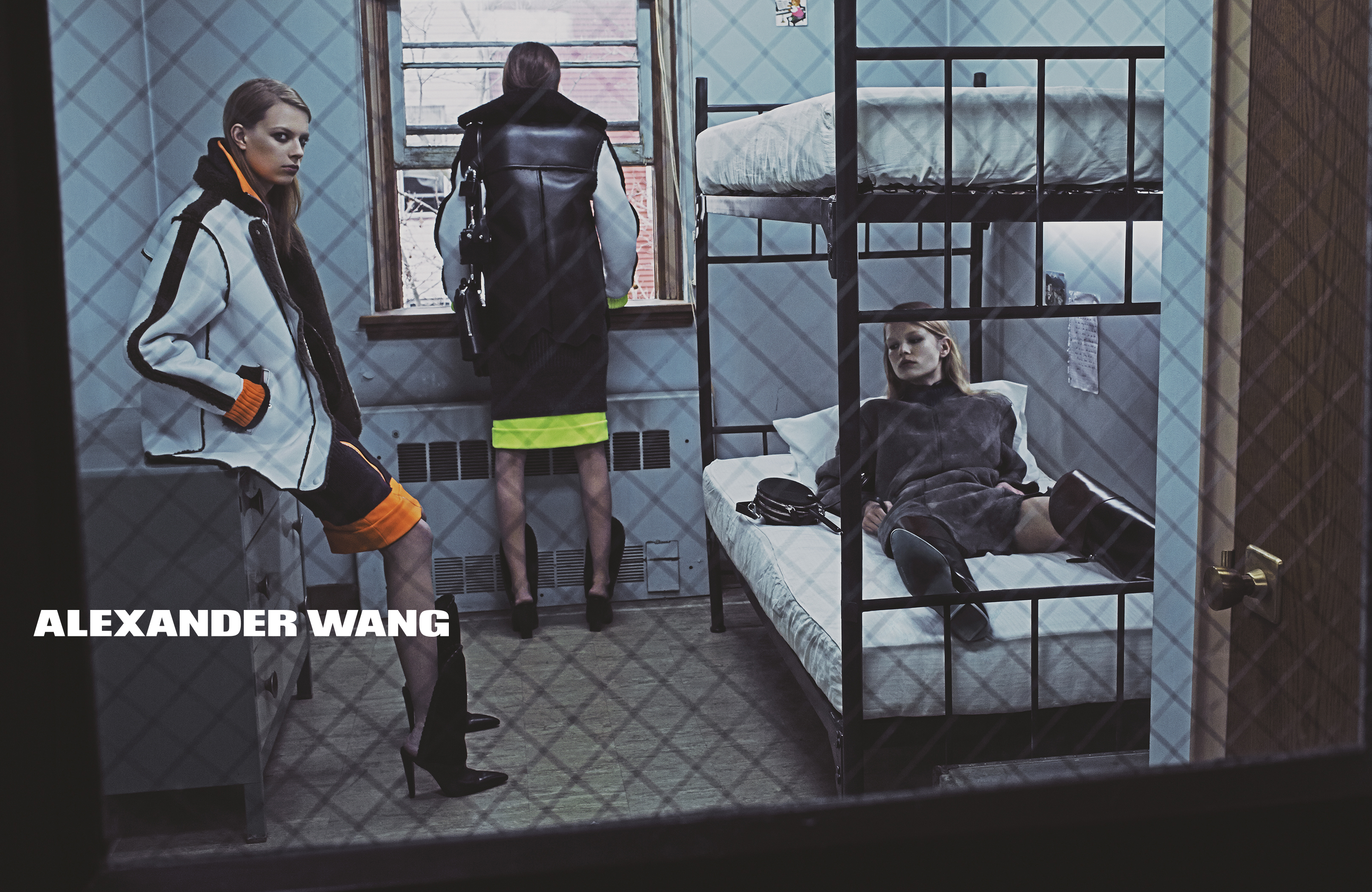 The girls were shot at Saint Cecilia’s Catholic Church in Brooklyn. The campaign features Wang’s mods as naughty Catholic school girls locked up in the convent’s boarding rooms and peering up each other’s skirts. Ooh la la! The  campaign will run in Fall titles including LOVE, CR Fashion Book, Self-Service, and Interview, as well as a billboard located on the corner of Lafayette and Prince Street during New York Fashion Week.