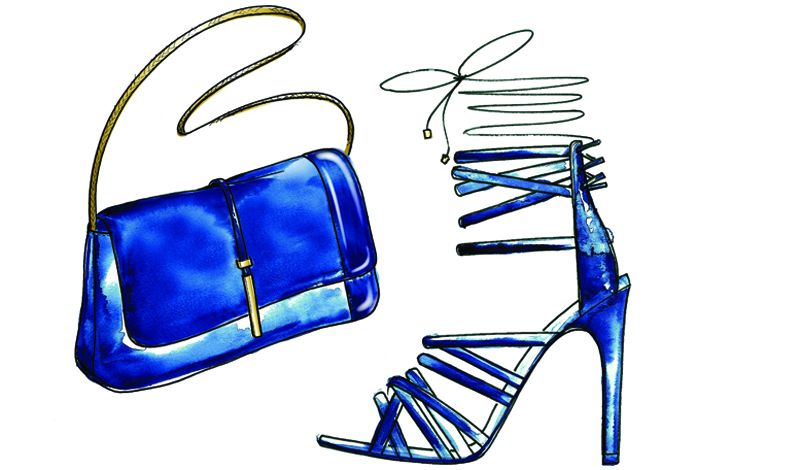 Aldo has unveiled its next designer collab for Spring 2015: Misha Nonoo. In the past, Aldo Rise has paired with other up-and-comers like Ostwald Helgason, J.W. Anderson, and Faster by Mark Fast, to name a few. Their latest collab will debut on Misha Nonoo’s Spring 2015 runway during New York Fashion Week. The line of handbags and shoes will have the same sense of femininity and sophistication as Nonoo’s ready-to-wear label, which has been garnering great reviews since its debut in 2011. The designer was also recently inducted into the CFDA Incubator’s class for 2014-2016.

The Bahrain-born, London-raised, and New York-based (got that?), designer is known for clothing at an advanced contemporary price point that looks on par with other labels at higher designer price points. Nonoo, who is married to online art auction site Paddle8’s co-founder Alexander Gilkes, is also known for her art-inspired pieces. “For this collection, I was inspired by the romantic tension illustrated in Dustin Yellin’s three-dimensional psychogeography glass collage series,” said Nonoo in a press statement. “For this stiletto silhouette, we used multiple fine straps that overlap and wrap around the foot to showcase a controlled chaos. This design speaks to my signature; creating a juxtaposition between
my heritage and contemporary art and culture.” Nonoo will debut her collection along with the Aldo Rise x Misha Nonoo shoes and bags on September 5th at 4:00 p.m. at Industria in New York City.