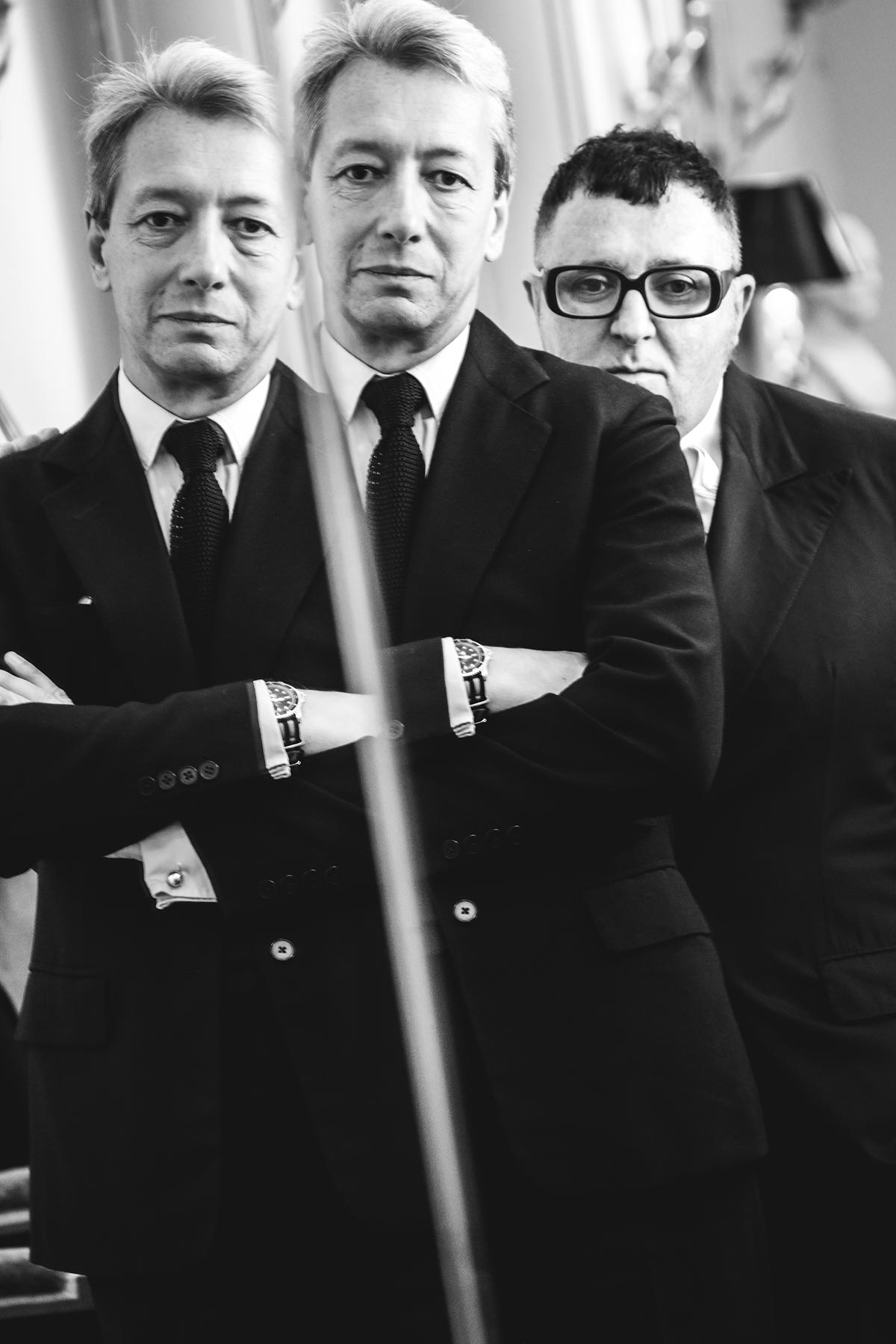 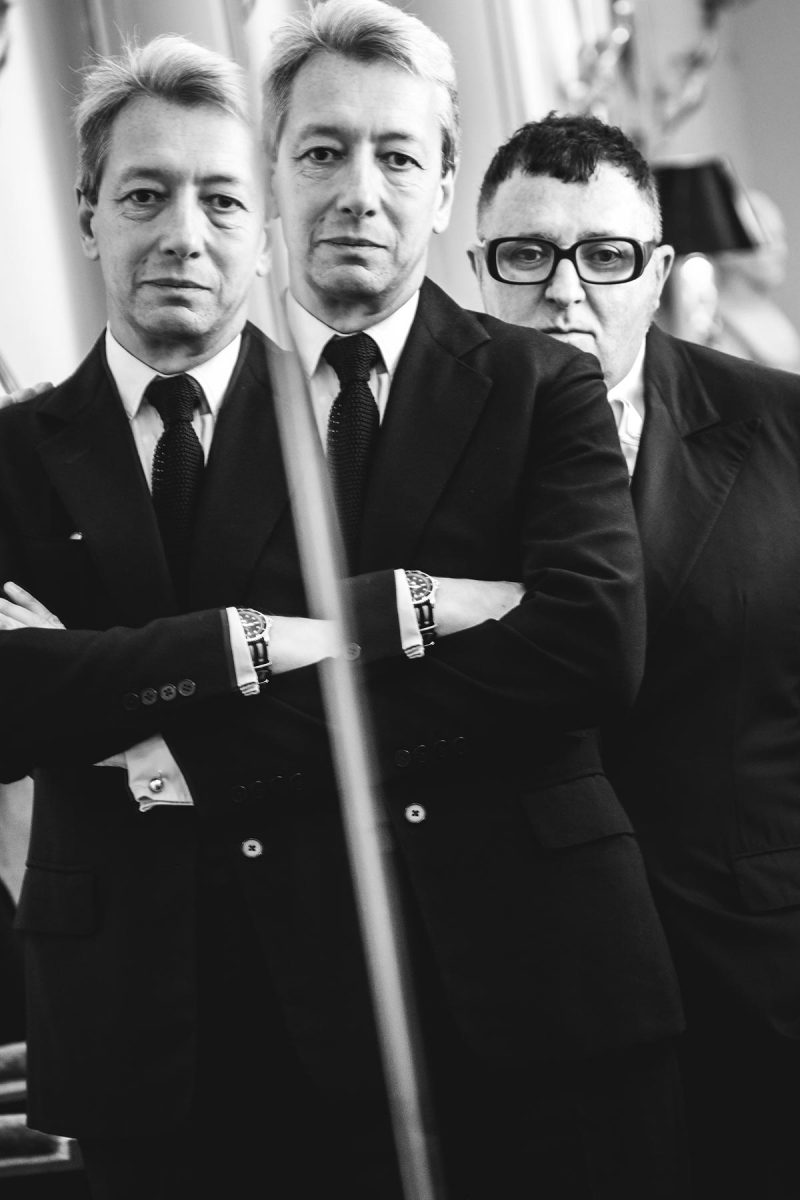 Alber Elbaz is having quite the day—in addition to being officiated as an Officier in the Légion D’Honneur in Paris, he announced that he’s been in cahoots with Frédéric Malle on a perfume, coming out in March 2017. Named Superstitious, it will be the 24th fragrance edition for Malle and the second made with a fashion designer—his first was with Dries Van Noten in 2013.

“I have always admired Alber for making the women who wear his clothes appear even more beautiful. It is all about them and not about himself,” said Malle in a statement. “Like perfume ‘Classics’, Alber’s dresses are the result of an invisible architecture. Like Alber’s dresses, Superstitious elevates the women that wear it, it empowers them.”

“The word ‘Superstitious’ was the starting point of it all, something we agreed upon immediately. We are both superstitious,” said Elbaz. “It’s not about a collaboration, it’s about friendship and respect.” 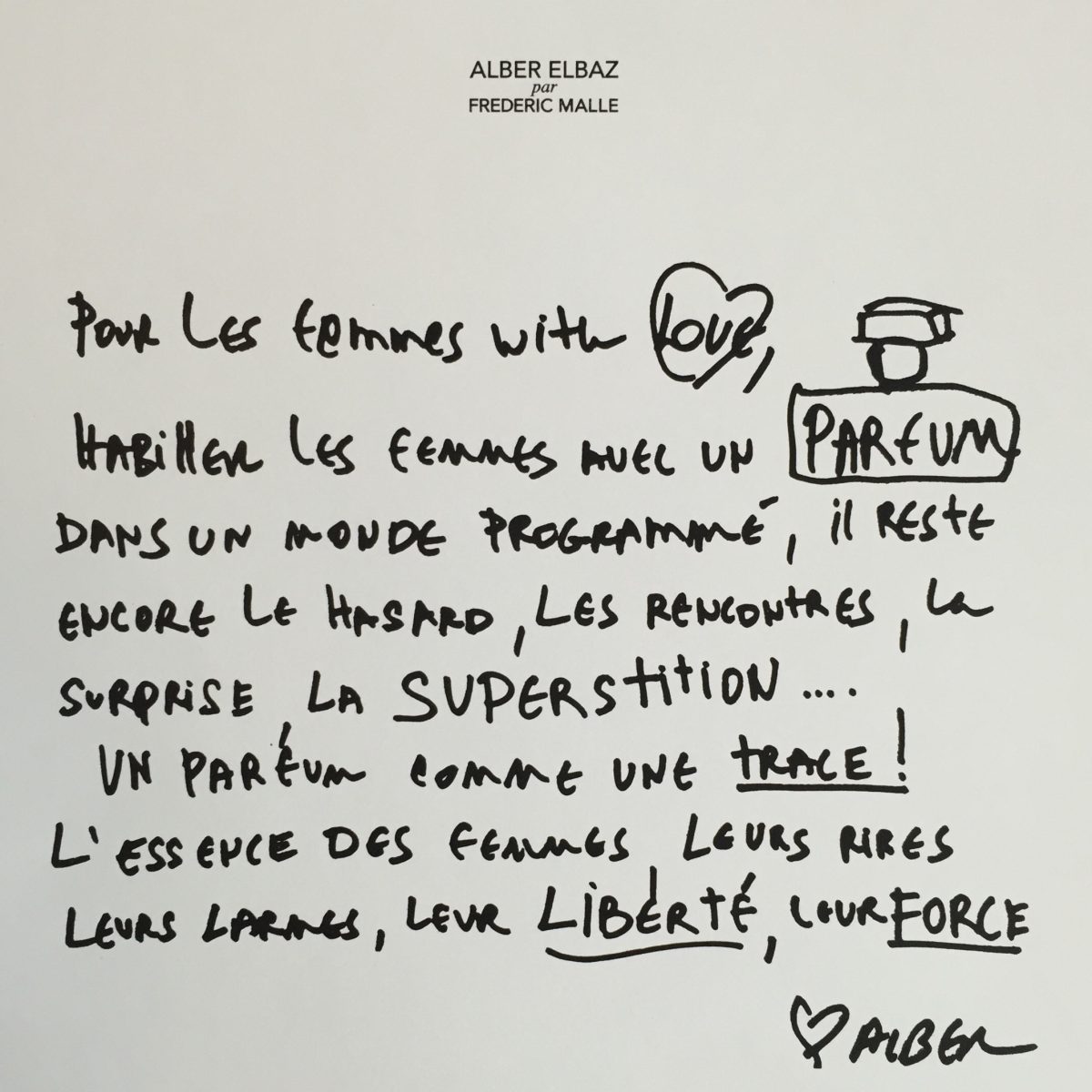 “For ladies with love, To dress women with a perfume in a predictable world, we’re still left with chance, encounters, surprise, SUPERSTITION…a perfume like a trace! The essence of women, their laughter, their tears, their freedom, their force.”