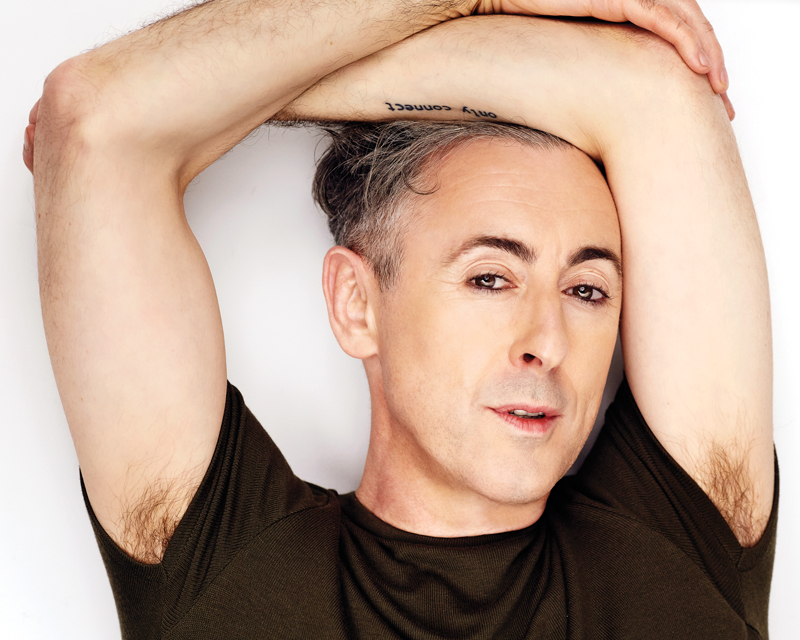 Why did you decide on a collection of essays?
I really like to take photos, and I like talking about things that happen in my life. So I combined the two. I feel like an outsider in my own life, and I wanted to write about it.

In one piece, you came down kind of hard on Gore Vidal.
I was just being honest about how I felt about him. I have strong opinions. I am my own man; I say what I feel, and I wanted to write a book in my own voice. I’m pretty blunt about my feelings about him; I’m pretty blunt about my feelings about quite a few people—Iris Apfel, for example. I tried to be as kind as possible but as honest as possible. I don’t think I’m mean, but I’m not saccharine sweet, and I’m never going to be a cookie-cutter, cutesy celebrity. I’d written the story about Gore a long time ago, and when I went back to elaborate on it, it was quite interesting to see how I felt about it now that he’s no longer with us.

Where is your favorite place to write?
I really love writing at my country house in the Catskills, but I sort of resent that I have to write there, because it’s not meant to be a workplace. But I do get lots of peace and quiet there. There’s a place I discovered in New York called The Writers Room. The one I go to is on Broadway at Astor Place. You join it, and you go into this big, huge room full of writers at cubicles. It’s like a writer’s factory, and it’s very inspiring and supportive; it keeps you really focused. I find it difficult to write at home—too many distractions.

Who were some of the first editors you showed the book to? Who were your best sounding boards?
I read most of what I write to my husband. I had a really good editor at Rizzoli too. But with this one, because it was more lighthearted and I was trying to be funny, I would sometimes read it to friends, because quite a lot of them are mentioned in it.

You’ve written in several different genres: fiction, memoir, and now essay. Which literary form would you like to explore next?

I’m working on another book that’s a different kind of memoir, about coming to America and things. It’s not a sequel to [Cumming’s 2015 memoir] Not My Father’s Son, because it stands up on its own, and it’s about a later part of my life. I really enjoy writing about my life. I wrote a column for The Globe and Mail newspaper in Canada last year for about six months, before I got overwhelmed and couldn’t do it anymore. I feel like I’m an outsider in Scotland, because I’ve spent so much time out of it. I feel like I’m an outsider in America, because I’m not from it. So it’s a really interesting place to be, and I’ve had quite an extraordinary life. Like Gore Vidal said, I meet fascinating people and I get into crazy situations. I have access to a whole range of different lifestyles, because of all the different kinds of work I do. I think I have a really healthy outsider’s perspective on it, and I think it helps when I write. It helps me deal with my life, when I write about it. It reminds me how crazy it is, and it’s good to remind yourself not to normalize something that is absolutely not normal.

How many agents in your life are saying, “Alan, you’ve got to do another book! Alan, you’ve got to do another TV show”?
They’re all saying that, all the time. I have thousands of agents in different countries for music, writing, acting, directing, blah blah, voice-overs, talks. I even forget I’ve got some of them. Someone will call, and I’ll say, “Oh! You’re my agent!” But I really do what I want to do, and I’m very lucky. Not many people can have such a range of things. I’ve been making a documentary on the Hebrides islands of Scotland, and tomorrow, I’m heading to Beirut to do a mission for the UN. Next week I start my book tour. Anyway, agents want you to do things because it’s their job, and they earn money when you earn money, but I’ve got a really good group. I assemble good people around me—in all parts of my life, actually—whom I respect, and who respect me, and get me.

A photo of your assistant, Jimmy, is one of the last images in the book.
When I was on a book tour in Scotland for my last book, a writer was doing one of those in-depth, annoying, snarky, middle-aged posh-lady profiles on me. She said that my assistant walked in and gave me, like, a quinoa salad or something. She called him my “hipster butler.” That’s our little joke, and that’s why I put it in the book. I refer to him as my hipster butler, and then there’s a picture of him beaming with two Muppets!

What else is happening in your world this fall?
I’m going to be doing a lot more concerts as my “Alan Cumming Sings Sappy Songs” tour plows on. And I’m doing a thing at the Met Museum on November 10—a one-off show about Max Beckmann, the painter, who’s having a retrospective. There’s a whole Cabaret connection, so they asked me to do a show. I don’t know what the hell it’s going to be—it’s called “Max and Alan.” But I wish I had called it “Alan to the Max.” That’s what I’m going to call it now.  And then there’s blah blah, television, films, blah blah blah, the usual.