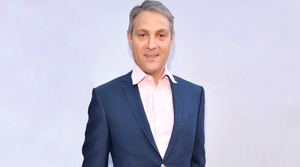 (NEW YORK) Following the recent addition of Fern Mallis to AHAlife’s board of advisers, the online retailer announced that Ari Emanuel, co-chief executive officer of William Morris Endeavor has joined the buzz-worthy team. While Emanuel’s investment opportunities hold a bright promise for future projects, AHAlife’s founder and CEO, Shauna Mei, is also interested in capitalizing on the various characters that the literary and talent agency represents. Emanuel was a founding partner in the Endeavor Agency and was largely present during the 2009 merger with the William Morris Agency. Mei explains that Emanuel has embraced that “commerce is really a new and important channel for media companies to monetize,” thus explaining his interest in the project. Currently, the site features curated shops from the likes of Rachel Roy, Lauren Bush Lauren, Tim Gunn and Donna Karan, just to name a few.

Look Of The Daily: Oprah Winfrey In THEIA