Adieu, Fashion's Night Out (In The U.S.) 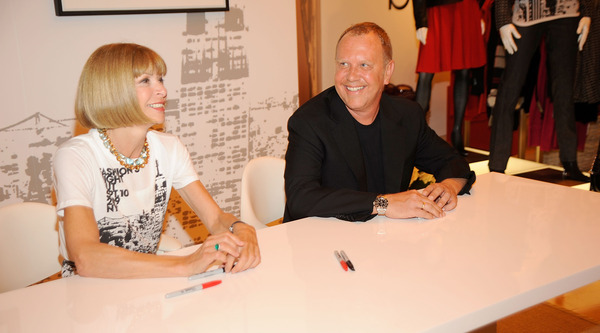 (NEW YORK) After four consecutive years of punctuating September’s NYFW circuit of Spring shows, Fashion’s Night Out is taking a breather this fall in the U.S. Instead of a one-night bonanza of celeb cameos, gratis cocktails, and general retail-centric pandemonium spilling out into the streets from SoHo to the UES, expect budgets to get allocated to events peppered throughout the year instead. The decision to put FNO on a hiatus was reached by Vogue, CFDA, and NYC & Co., all of whom sponsor the event.

Initially schemed up to reinvigorate cash-strapped retailers during the recession, FNO’s key players (think Steven Kolb of the CFDA, and Mayor Michael Bloomberg) think the shopping-stimulus event did what it was intended to. The event has also maintained a philanthropic tie-in, raising over $1 million since FNO’s 2009 launch for NYC AIDS Fund; the event’s trifecta of sponsors still plan to support the org in some capacity. But the break is only occurring stateside: FNO will roll out yet again in 19 countries internationally, including FNO debuts in Thailand and Ukraine. Though FNO’s most extensive, and sometimes extravagant, outpost has been New York, the event has been going on for the same four-year span in a number of other countries which have their own Conde Nast International-published Vogue editions.

Whether FNO’s absence this September is a relief or a letdown, September’s typically buzzy and packed NYFW bash roster should keep the show-going, invite-toting set busy enough. But for the RSVP-less, general public? Better luck next year…
ALEXANDRA ILYASHOV