A ‘Whiplash’-Worthy Night At The Movies 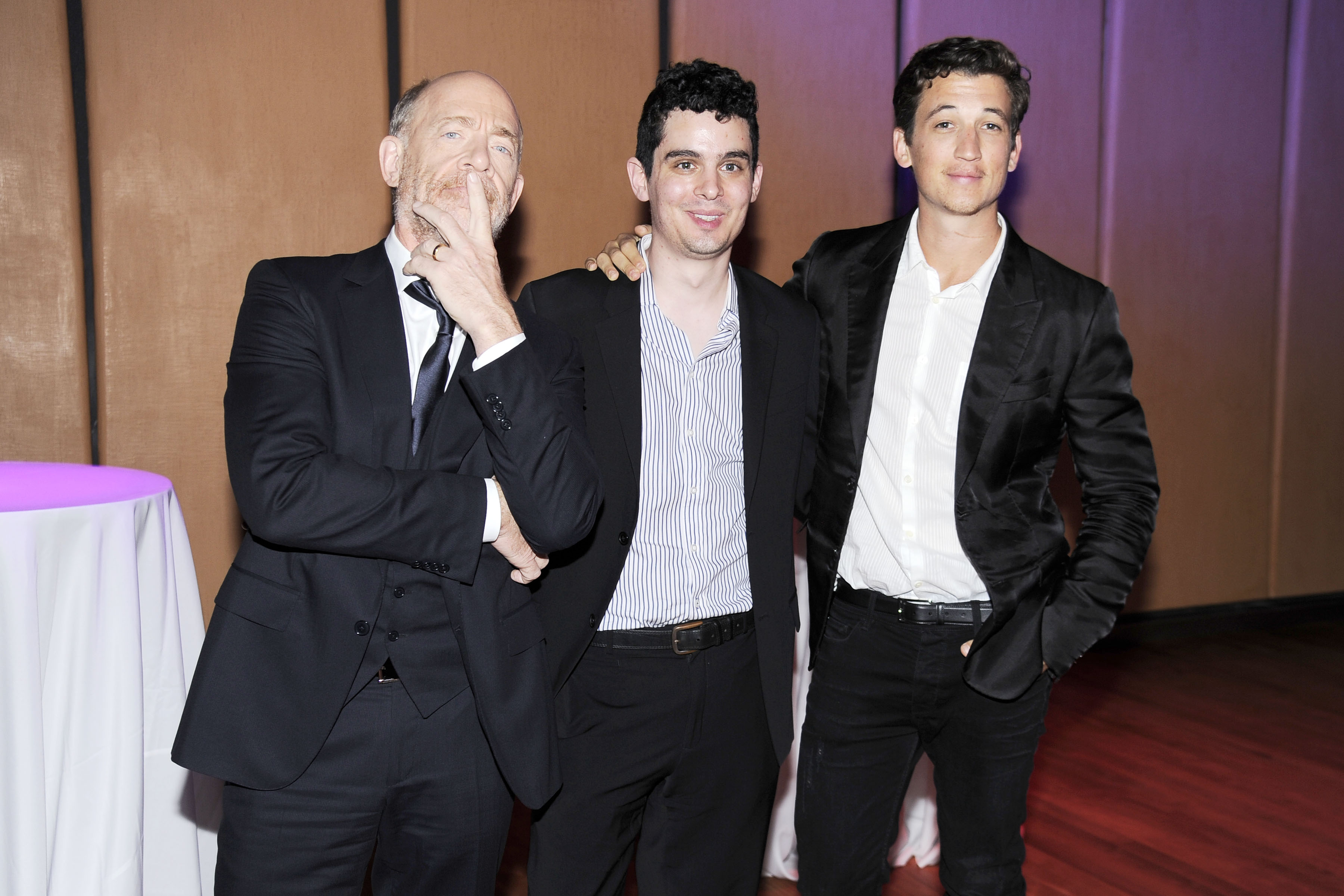 With a title like Whiplash, the latest flick from director and screenwriter Damien Chazelle could have been about anything. A heartbreaking car crash? A tumultuous relationship? A violent tumble? Rather, his latest film, was all about a young drummer and his rather persistent teacher. Last night, The Cinema Society and Brooks Brothers hosted a screening of Whiplash at The Paley Center for Media, drawing out the likes of Zac Posen, Rachel Roy, Zosia Mamet, Amir Arison, Jackie Cruz, Nora Zehetner, and Tara Subkoff. So what did the title of the film mean? “It’s a jazz song that I played when I was a drummer. It always gave me a very hard time,” Chazelle told your Daily.

The movie portrays the deliriously driven Andrew Neiman, played by Miles Teller, on his quest towards a successful drumming career. And it turns out that J.K. Simmons was the perfect choice to play Terence Fletcher, a rather intense teacher. Not to mention, the emotion in the film is absolutely palpable, which might attest for the many awards this film has been racking up. After the cinematic treat, guests and cast headed to the afterparty at Carnegie Hall Weill Music Room to imbibe on Grey Goose cocktails.

Since it was such a musically inclined evening, we decided to grill the cast on their lyrical genius. As it turns out, Simmons is pretty well informed; he’s got a degree in music. The one issue? “I studied composition and conducting, so I had to learn every instrument, from the very basics, in order to compose. But my hands have no talent whatsoever. I struggled with guitar, piano, cello, and trombone. But I have no actual instrumental talent.” Meanwhile, Teller fared a little better: “I got a drum set when I was fifteen and I played in a bunch of bands growing up. There are a couple of videos out there of me and my bands playing at talent shows that will probably resurface at some point. I’m not ashamed of them!” We’ll believe when we see it, Teller.

Michael Carl Gets Tied Up