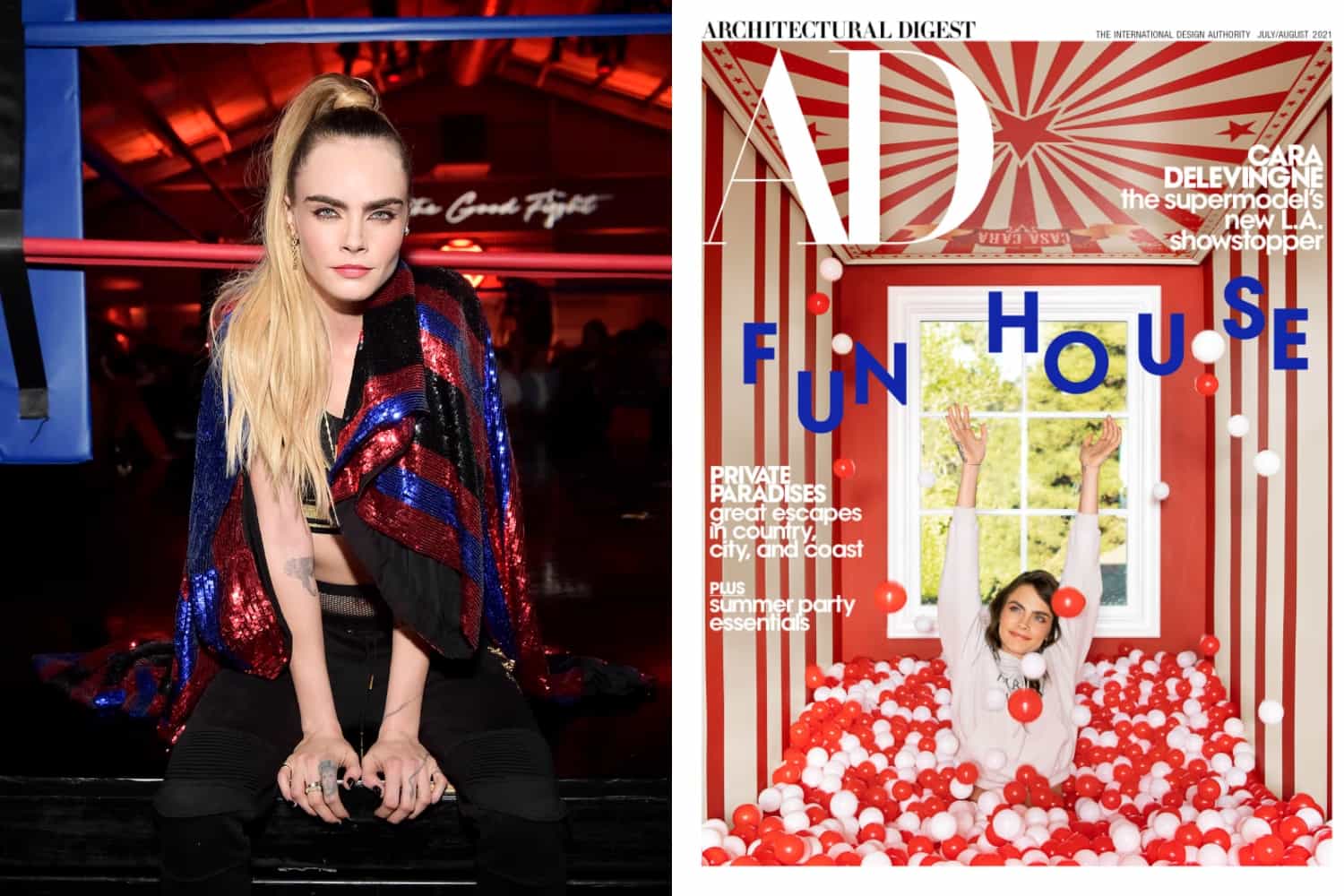 It’s been a while since supermodel Cara Delevingne welcomed anyone inside her L.A. home, let alone a film crew. Just two years after her and sister Poppy’s exotic, jungle-themed “Dream Sister House” was featured in Architectural Digest, the mag is back at the eclectic abode the supermodel calls her own. As a surprise to no one, the oasis, which Delevingne dubs her “adult playhouse,” is even more fun-filled and out of the ordinary than her last!

Even a peek into the home will reveal refinement out the wazoo—with original artwork by James Turrell, Gucci wallpaper at every turn, upholstered velvet couches, and chandeliers reminiscent of antiquated royalty. As indicative of her playful personality, there’s activities and fun left, right, and center: from a therapeutic ball pit and a stripper pole to an all-red poker room—and Razor scooters to get between the two spots, naturally.

As for her favorite spaces within the home, the 28-year-old calls to mind her gold-embellished David Bowie shrine bathroom, her kitchen adorned with royal blue cabinetry, and a custom “vagina tunnel”—a hidden tunnel brought to life by architect Nicoló Bini, who also worked on the Delevingne sisters’ previous home. Though the design here seems to pay homage to a Mad Hatter’s tea party of sorts, she claims it’s impossible to confine the space to just one theme—with jungle vibes, the Beverly Hills Hotel, and old English influences all seemingly on the proverbial moodboard.

The only thing missing in the home tour? A slight glimpse of Delevingne’s rumored flame, Paris Jackson. The pair were last seen leaving an Oscars afterparty in matching black and white outfits. The rumored couple has yet to confirm any whispers though—maybe a third visit from the AD team will divulge more!

Grab the popcorn and settle into the tour below: