A Night Fit For A Princess 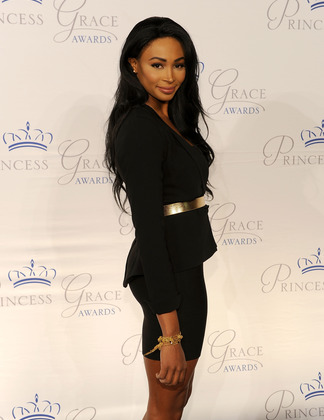 If Halloween is a night of celebration for all witches and ghouls, last night on Halloween’s eve was a celebration of a much more fairy tale sort. Yes, before all things scary emerge to haunt all corners of Gotham, the royals stepped out to hold their own dress-up affair. Your Daily stopped by a magically transformed Cipriani 42nd for a cocktail (or two!) with Her Serene Highness Princess Charlene and friends for the Princess Grace gala. Lynn Wyatt, Paula Zahn, Susan Stroman, Jennifer Grant, Nana Meriwether, and Ashley Brown were a few of the boldfaced names on hand. Mini pizzas and caviar (trick or treat?) were passed as bellinis were sipped and the live auction bids raised to noble heights. What was up for grabs? A chance to travel aboard The Grace (a restored yacht named for her previous owner) to Ecuador and The Galapagos Islands, a luxurious long weekend in Monaco, and a divine Van Cleef & Arpels diamond watch were among the goods.

The big awards of the evening recognized Tony award-winning actress Cicely Tyson, New Arts Axis director Wendy Levy, and New York City Ballet principal dancer Tiler Peck (accompanied by fellow NYC Ballet principal and fiancé Robert Fairchild ) for their talents and expertise in artistic disciplines. Levy, who received a Princess Grace award 19 years ago, returned last evening to accept an accolade for her continued achievement in the arts. “There are so few foundations that take a risk on emerging voices,” said Levy. “The Princess Grace Foundation takes young artists and says their voices matter.” Now that’s what princess dreams are made of.
JULIE ZIGOS

Look Of The Daily: Camilla Belle In...