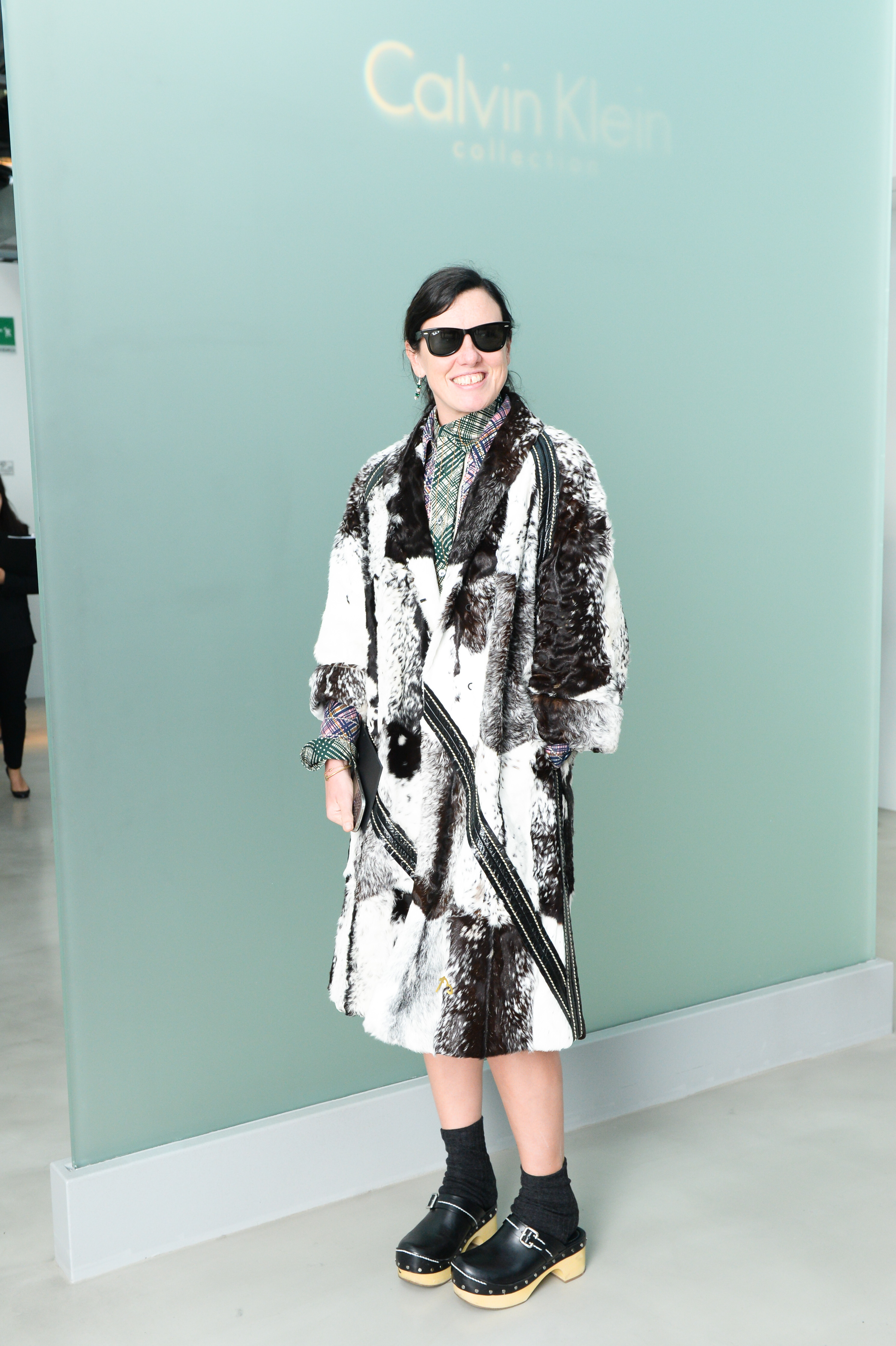 Uber stylist, editor, and Marc Jacobs’ secret weapon, Katie Grand is one of the hardest working people in the biz. We spotted her front row at Mugler and found out how she juggles it all and what she has her eye on next.

You have your hands in so many projects. How do you handle your schedule?
To be honest, I really lost it in the car, because someone put in a Marc Jacobs re-see on my schedule for Monday and I was like, ‘You’ve got to be kidding me! I know that collection inside out, upside down, back to front, with sleeves or without sleeves.’ The schedule drives me crazy. There’s so much to do and you kind of want to do everything well and not just pop in and say hi. It’s nice to see the designers rather than just the press office, but it’s a big of a juggling act with their time and our time. There’s the photographers here and the stylists here and we have a magazine to put together in four weeks. I’m making up for lost time in Paris, because I was at Vuitton for so long that it’s quite novel to see shows here still.

Can you give us any hints about your next issue of LOVE?
I’ve got no idea. I’m really panicking, because fashion week is a week later than usual so we’ve lost a week there. I’m in China with Gucci for a week starting next Sunday and I know the phones don’t work well over there. E-mails are quite tricky. I have a lot of inner panic going on.

What designers in Paris do you have your eye on?
Paris is so hard for any designer to break and the same for Milan. Though Paris is easier than Milan. I’m off to see Hillier Bartley later this afternoon, from Luella Bartley and Katie Hillier. It’s the first time they are showing properly in Paris. They just did sales appointments last season. I just went to Drome, which is quite a young brand. She works in leather. I’m wearing Vetements. I worked with Demna [Gvasalia] at Louis Vuitton so I don’t really think of him as new, but that’s probably the buzziest thing that’s around.

What parties are you looking forward to?
The French Vogue party will be a riot. Emmanuelle [Alt] really knows how to throw a party and she always wants everyone to have a really good time and likes to have everyone dancing. Her parties are always pretty good. There’s an Hèrmes thing tomorrow as well…I don’t know that that will be quite as wild in the same way. It’s just been crazy busy.

Thoughts on Alexander Wang’s last collection at Balenciaga?
I thought it was great. It was really sweet and pretty. It must be very tempting when you do those jobs and your contract is up and you have your own line to let things slip at the end. He obviously put a lot of work and consideration into it. Reviews have said that it’s the most successful reincarnation of Balenciaga to date and I agree with that. I was really happy for him.

Marc Jacobs’ show was spectacular this season. How long in advance did you work on it?
Me and the team work on some research quite early on and then we present to him and he reacts to or against. We had a pretty intense period in July when I was there for a couple of weeks and he was there for five or six weeks, and we work on the fabrics, the color palette, and then we’ll do a day or two on shoes and then a day on bags. Then I get there about three weeks before the show and it gets very, very intense and it gets more intense as the weeks go on.

What are your hours like?
Pretty long ones! The night before the show this time, we didn’t go to bed. I actually went swimming instead of going to bed. We had a spare 45 minutes and I was like, ‘I’m not even going to try to go to sleep.’ I stay at the Greenwich Hotel, which has a really great pool.

We hear the spa is great. Did you take advantage after you were done with the show?
No, I’m quite keen to get on the plane. I like to have a day off before I go into fittings with Giles.

Vetements Spring 2016: The Most Talked About Brand at Paris Fashion Week