A Fashionable Tale! Meet The Author Of ‘The Yellow Suitcase’ 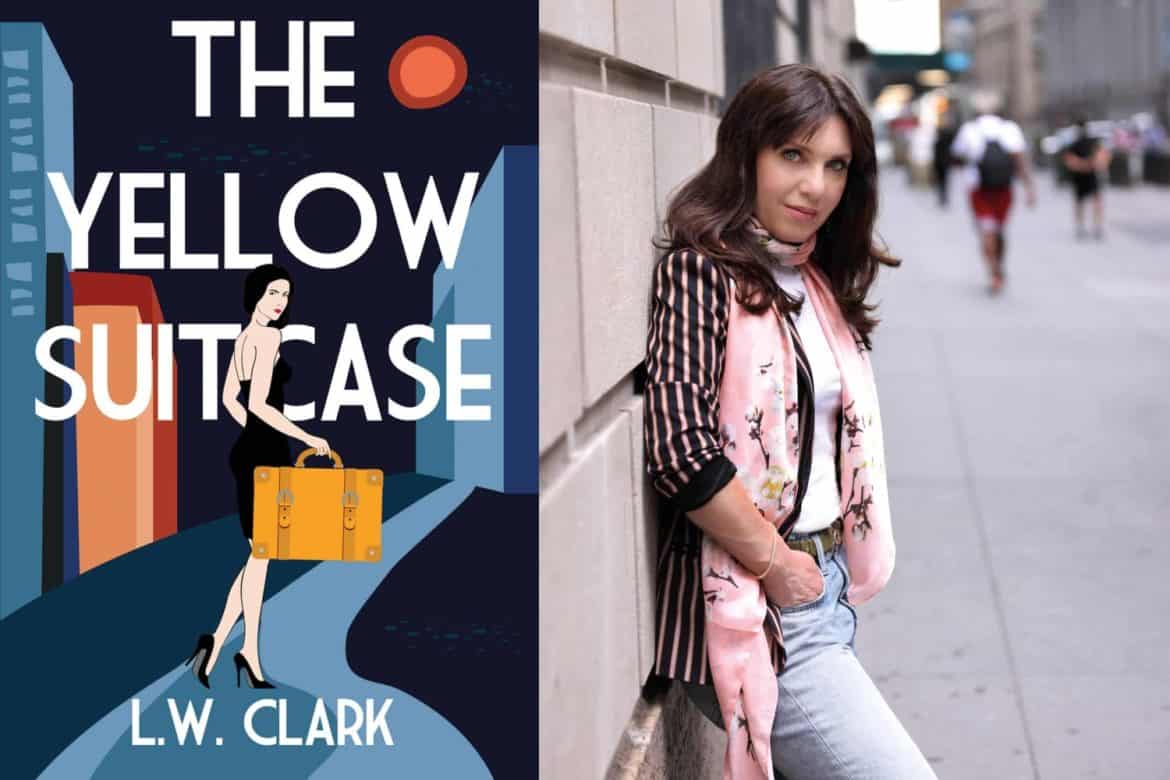 Gather around; it’s story time. And this tale has it all—fashion, laughter, love, and heartbreak. The Yellow Suitcase, by first-time author L.W. Clark, is a fictionalized account of Alyssa, a determined Eastern European immigrant who’s seduced by the glamour of the New York City fashion industry. Despite multiple roadblocks and adversity, the protagonist makes waves in the Big Apple while learning who she is in the world. The Daily got the inside scoop from Clark on what it was like to put some of her real-life experiences to paper, and to hear whether we’ll be seeing more of Alyssa in the future.

Tell us about yourself!
My favorite thing is talking about myself. [Laughs] I live in downtown Manhattan with my husband, Brian. I’m a hard-core New Yorker! After graduating FIT, I worked as an image consultant for fashion shows and designers.

Did you always know you’d write a book?
I would never have imagined grabbing a pen and paper and writing. As English is my second language, it was hard to write. Brian was the one who inspired me; he always thought my stories were so interesting, and he kept telling me to write a book. We had gone to Hawaii and I read The Catcher in the Rye. I was so inspired that I just sat down one day and started writing. Brian helped me with all the editing, too.

What’s your backstory?
I come from Tbilisi, Georgia. In 1997, I left to move to New York.

Why New York?
I’m a city girl; I grew up in the city. Ever since I was a teenager, I had this sense that I would move to New York. I loved fashion, and I would watch the shows, whatever was possible at the time. We didn’t have much information back then. All we knew of New York was Manhattan; it was one amazing, sparkling picture for us living in a big, dark, gray city. I moved here to help my family. When I was growing up, Georgia separated from Russia. The lifestyle was hard, but my friends would always tell me that they knew I wanted a different life, and they knew I wanted freedom.

Was it overwhelming when you first moved here?
Very. It was so hard. I moved alone and had no one in this country.

Did you have lots of roommates and work several jobs, as is standard?
Yes, yes, yes! Everything in that story line.

How did you get your start in fashion?
When I graduated from FIT, I started working. One of my teachers helped me out getting something— working backstage and dressing the models. The business looks glamorous, but it’s such hard work… weekends, nonstop! I had met my husband and we wanted to travel together, so I quit. 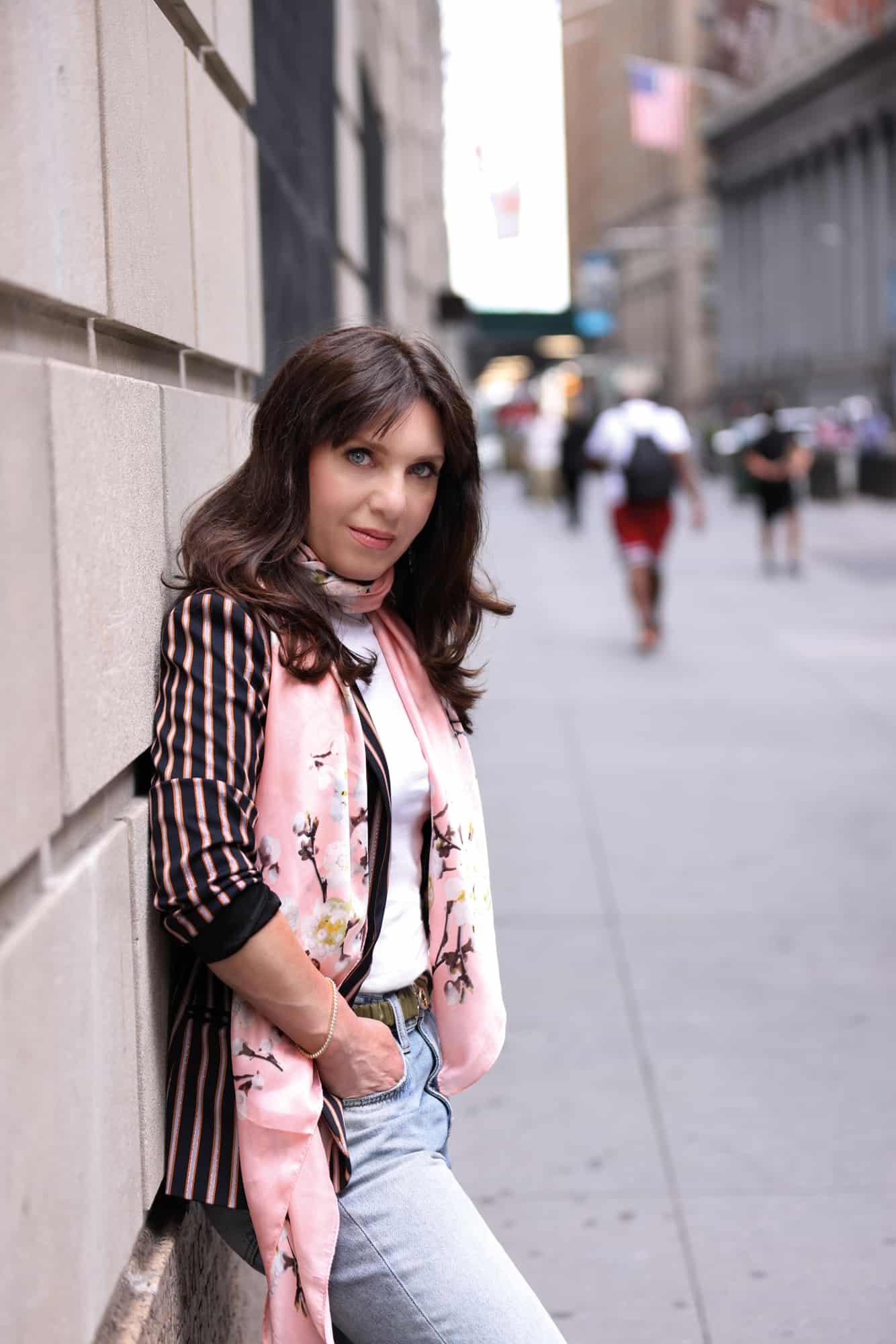 How did you meet?
We met in the Meatpacking District, at Spice Market restaurant. I was waiting for a friend and he was waiting for a co-worker. I sat beside him at the bar, and we ended up having a conversation!

A real NYC meet cute! So tell us about the book.
It’s about a young girl, Alyssa, who leaves her country and tries to find herself, help her family, and help herself learn and grow. The main themes are all around self-reliance, perseverance, connecting with the right people in the right city, and being open-minded to what comes your way. It’s also about loving yourself, so that you can love others in a strong way. Mixed in with that are all these funny, challenging moments, which provide anecdotes about how Alyssa learns and grows.

What are your hopes for it?
I would love if it became a movie or TV show. I think it’s perfect for [the screen] and that the story is absolutely great for this time that we’re going through.

Who would you like to play Alyssa?
I have no idea! I have thought about it, but I’m not there yet.

How did you find the process of writing?
It was hard. The story was coming to my mind, but again, because English isn’t my first language, it was something so new and unusual. It took probably about two years to write. We lived in D.C. for a while, and I was not feeling creative. After 10 months, we moved back to New York and my imagination returned!

Will you write a follow-up book?
It’s surprising how many people are telling me that they think this won’t be the only book I’ll write. I think it’ll be the same way I wrote this book. Out of the blue, I’ll just sit down and start writing.

How are you celebrating the launch?
I would like to have a book signing in a nice cute little bookshop somewhere in the West Village! One of the ways it’s kicking off is during New York Fashion Week. We’re providing books to celebrities. Then we’ll do some meet-and-greets in some amazing New York places

Hot Fashion & Hautedogs! See Every Celeb Who Departed From The Mark On The Way To The Met Gala

Precious Lee On Her Breakthrough Moments In...