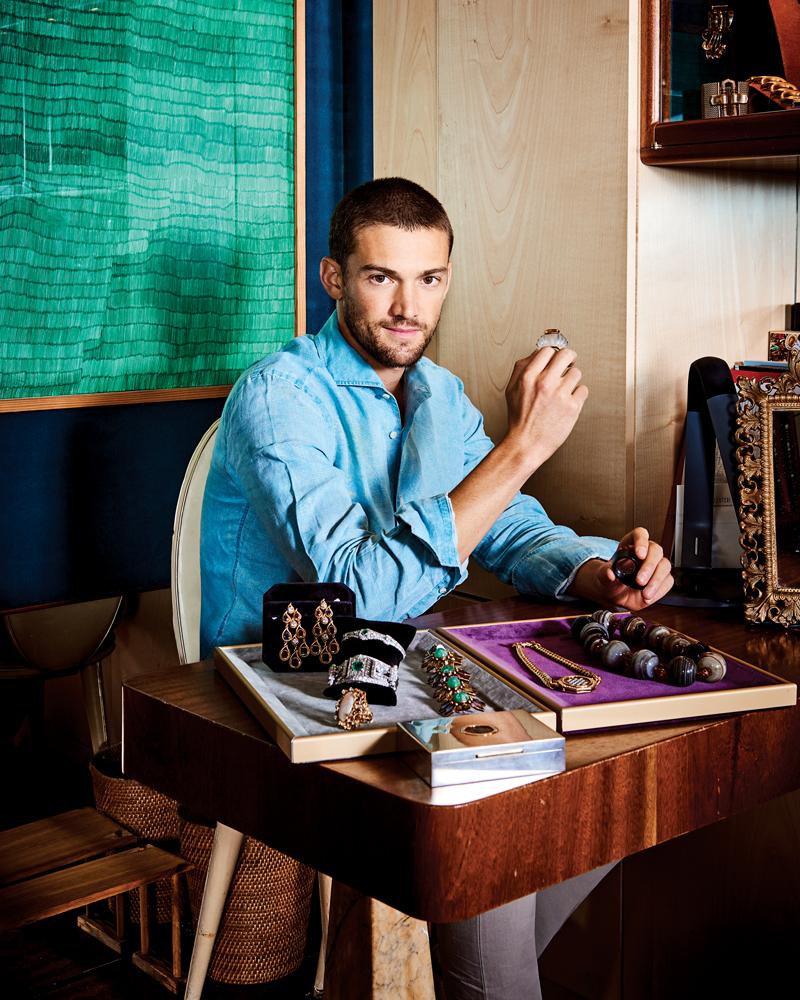 Third-generation jeweler Wagner Eleuteri comes from a storied Italian family. His father, Carlo, set up his first Eleuteri shop in 1972, and the 29-year-old has now taken the business to New York, opening its Upper East Side storefront two years ago. He has plans to expand to lucrative markets like London, the Middle East, and Russia. In the meantime, you can find him on 69th Street—or surfing out East!

Why did you pursue the family business?
I always was fascinated by it, for sure, but I did not negate other options. I got my university degree in politics and international relations. I started this at the London School of Economics, and then I did a couple of journalism internships in Milan. After that, I worked for a big jeweler in India.

Which one?
The Gem Palace. It’s quite famous. India was beautiful. It was tough in terms of the food and all that—I was living with an Indian family, and they were vegetarians. But it was also a very profound experience to see the mystic side of India, to visit the temples—they took me to some really incredible weddings.

Did you learn the language?
Just a few words—I learned phrases like, “I’d like some water” or “How much is this?”—although I am quite good with languages and I am passionate about learning. I speak Italian, obviously, and also English and Spanish, and I’m learning Russian now.

What did you learn about jewelry while you were in India?
Before I went to India, I had already earned my gemology degree. In my time there, I learned a lot about setting vintage jewelry and semiprecious stones. I learned how to sell and how to deal with both clients and workers.

What came next?
I moved to New York to do my own trading in the diamond district. After that, I went back to Italy and joined the family business for good. Then my father decided it was time to expand the business abroad, and New York was our first choice.

When did you first open the New York boutique?
In August 2015. We already had some New York–based clients who had visited our businesses in Rome, Milan, and Venice. I also plan to expand
the business a little further in other places, probably with a store in the Middle East or Russia. But my father will retire in a few years and the headquarters are there, so eventually I will go back to Italy.

Do you curate the jewelry yourself?
For the New York store, yes. I focus on Italian brands like Bulgari and Buccellati, and we also carry some masters like Fasano, Cazzaniga from Rome, [and] Faraone. We have a beautiful art deco necklace with a detachable pin and two bracelets. It has 110 karats of rubies and 50 karats of diamonds. We have a snake belt that can also be worn as a necklace. It’s an Austrian antique from the late 19th century in turquoise, silver, and diamonds.

What are most people coming to you for?
Bulgari—the 20th-century pieces more than antiques. We do quite well with pieces from the fifties, sixties, and seventies. Rings and bracelets always generate good sales. Surprisingly, I have sold a lot of brooches and chokers in the past year and a half.

Did you ever lend the jewelry for red carpet dressing?
Yes, we love to. We have done it before. We have lent a beautiful Bulgari stars and stripes choker, which is a one-of-a-kind piece, to Katy Perry for her appearance at the Democratic National Convention. Bulgari made that piece in the early seventies to celebrate their first store at the Pierre Hotel in New York.

Is it for sale?
We still have it, but it is not for sale. We don’t have a strategy behind lending to red carpet people, though. If they ask us, then yes, we would lend, but we don’t invest in it.

Do you sell any men’s pieces?
Yes, we have some cuff links, some men’s brooches, and watches, like vintage Patek Phillipes and Rolexes.

Do you wear jewelry yourself?
No! [Laughs] I don’t wear a watch, either. 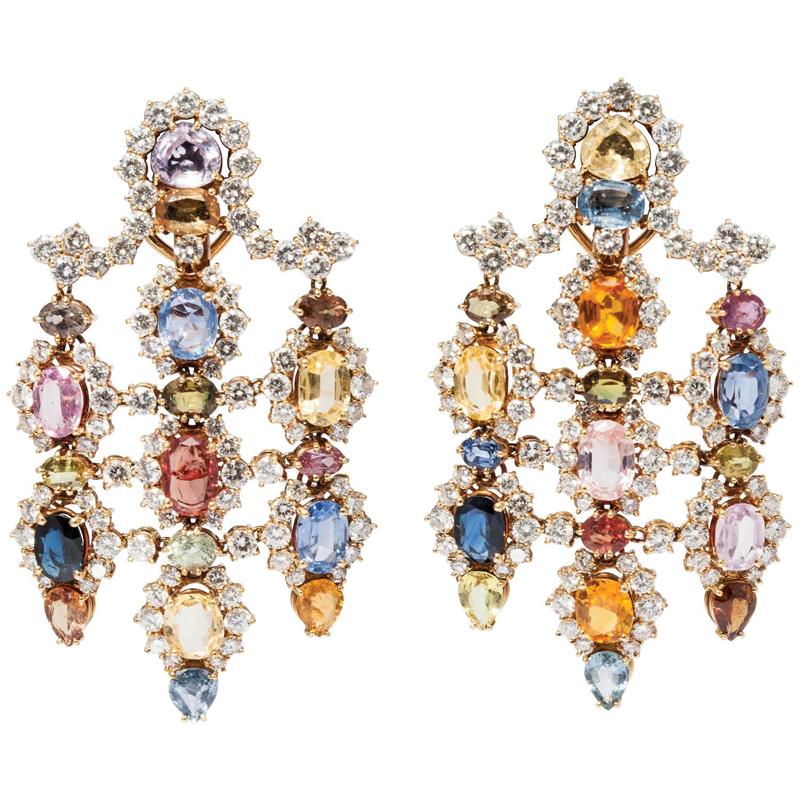 We hear you frequent the Hamptons. Where do you stay?
At a friend’s place in Bridgehampton. I like Bridgehampton a lot! I’ve also stayed at the American Hotel in Sag Harbor. It’s very historical, and I like historical. And they have a great bar and restaurant, too. Even though I am quite young, I feel as though I am an old soul. I’m not a downtown person, and I’m not really an uptown person, either. I’m just a tranquil person. I’m not a big party person. For example, in the city, I love the Yacht Club on 42nd Street. It’s one of my favorite spots in New York. We always used to stay there before I had a home here. My family also has a membership to a yacht club in Sardinia that has reciprocity with this one.

What are your other Hamptons haunts?
I like Le Charlot. We go there with friends in Southampton. They also have a restaurant on the Upper East Side, next to our store. I also go to Pierre’s, a cute little French restaurant in Bridgehampton. And when I go surfing in Montauk near Ditch Plains, I like to go to the Surf Lodge.

Any upcoming travel plans?
This summer, I may go to Mexico City for a wedding, and I’ll probably go to our family house in Tuscany. My dream holiday is a surf trip to Indonesia—it’s kind of a mecca for surfers. I have traveled a lot for surfing, to Brazil, Portugal, Costa Rica, and California. I’ve been surfing in front of East Hampton Beach, too. And sometimes, I go to the Rockaways.

Thoughts on the Rockaways?
Even though I am in a glamorous business, I am used to a bit of edginess!