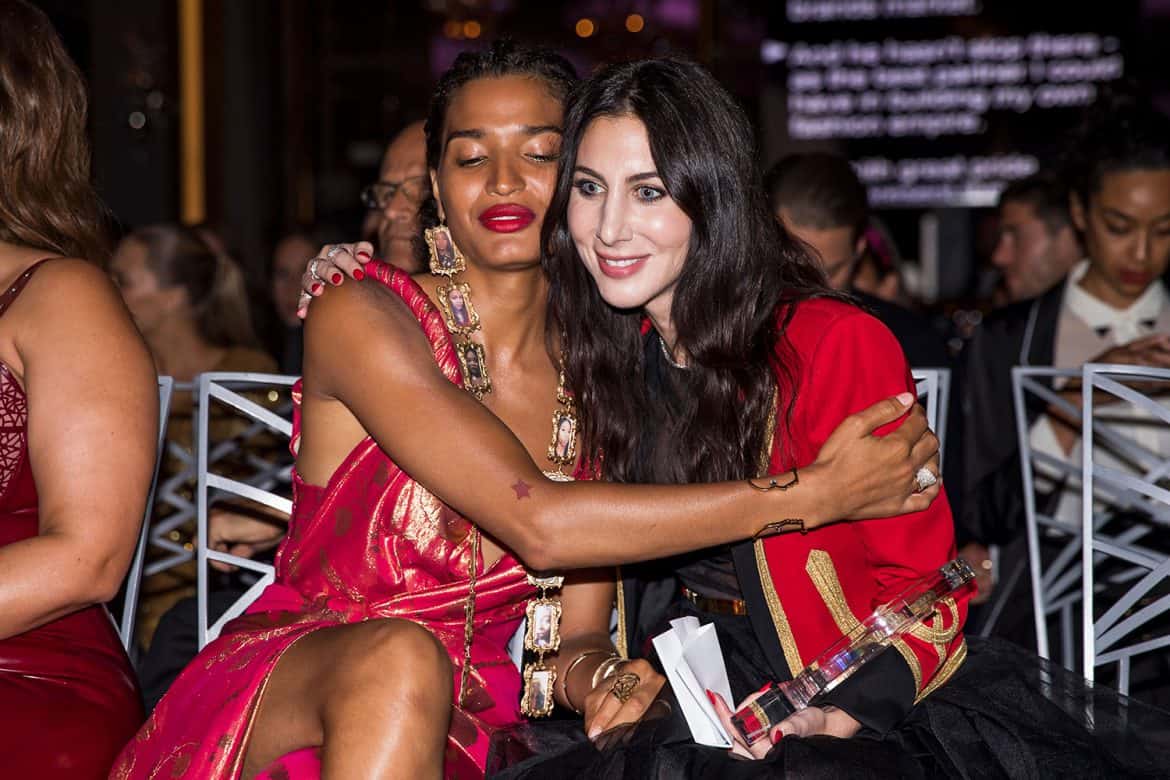 While it’s impossible to recount every single fab moment from Spring 2020 New York Fashion Week, we’ve edited down our top 10  to celebrate another season down.

1. TommyXZendaya’s Epic Show at The Appollo Theatre in Harlem
We all knew that when Tommy Hilfiger was going to return to New York he was going to go big, and he went real big last Sunday when fashionistas headed uptown to Harlem for the second TommyXZendaya show. Guests sat (surprise) outside the world famous theatre for a ’70s inspired show full of live music and major models such as Winnie Harlow, Leomie Anderson, Ashley Graham (in her only NYFW runway appearance), Alton Mason, Halima Aden, and Sara Sara Sampaio walking the runway. The Hadid sisters sat front row. The show felt like the best party you’ve ever been to. I didn’t want it to end. 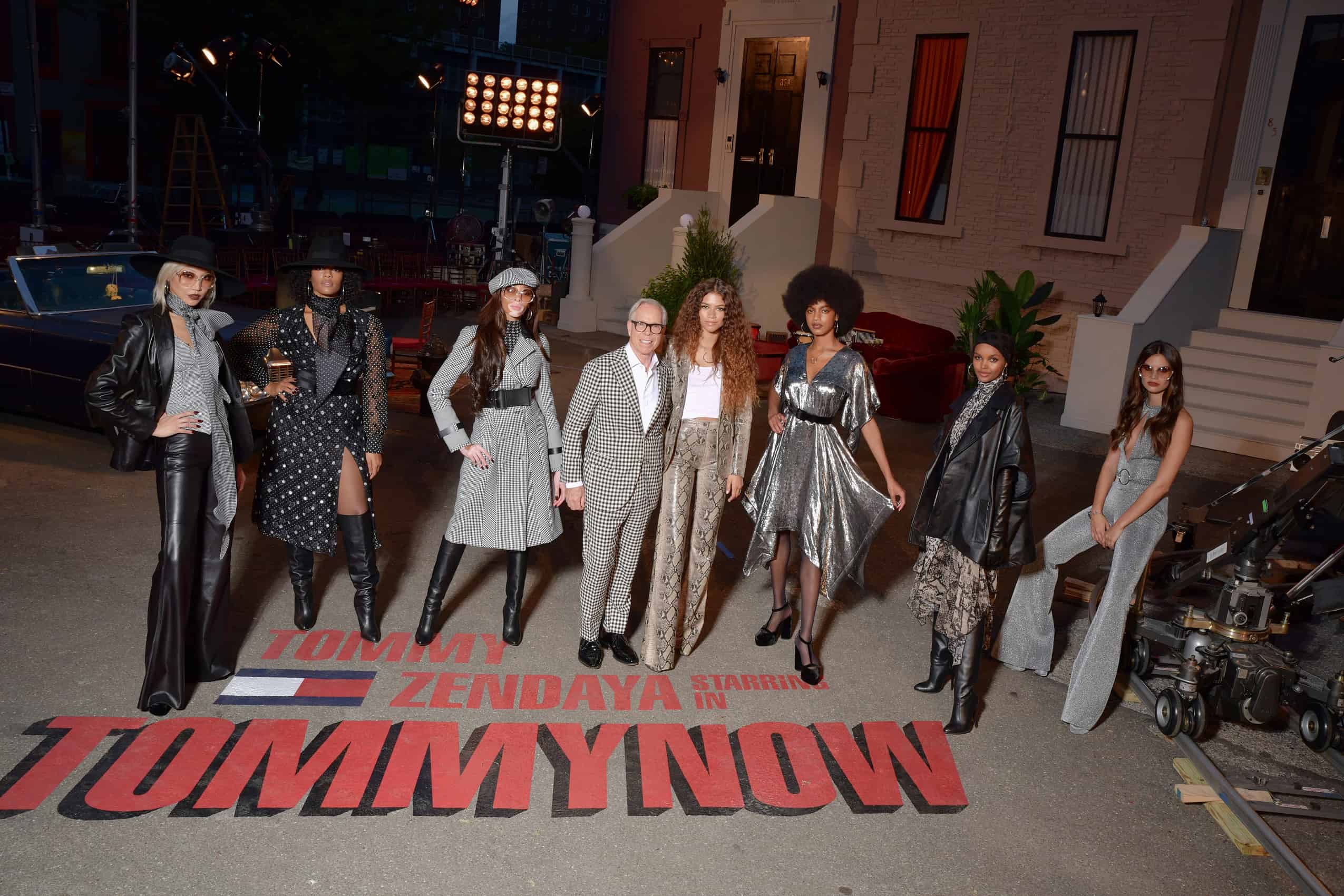 2. The Blonds Hit Broadway
You can always count on The Blonds for a memorable theatrical moment and this season they collaborated with the Broadway show Moulin Rouge for a true spectacle. The evening included performances from the show as well as a song by Billy Porter,  appearances by Paris Hilton and Broadway producer Jordan Roth, and a lot of razzle dazzle. The audience (there wasn’t a typical front row) included Martha Stewart, Lady Bunny, Maye Musk, and all the club kids. A genius marketing move for all. 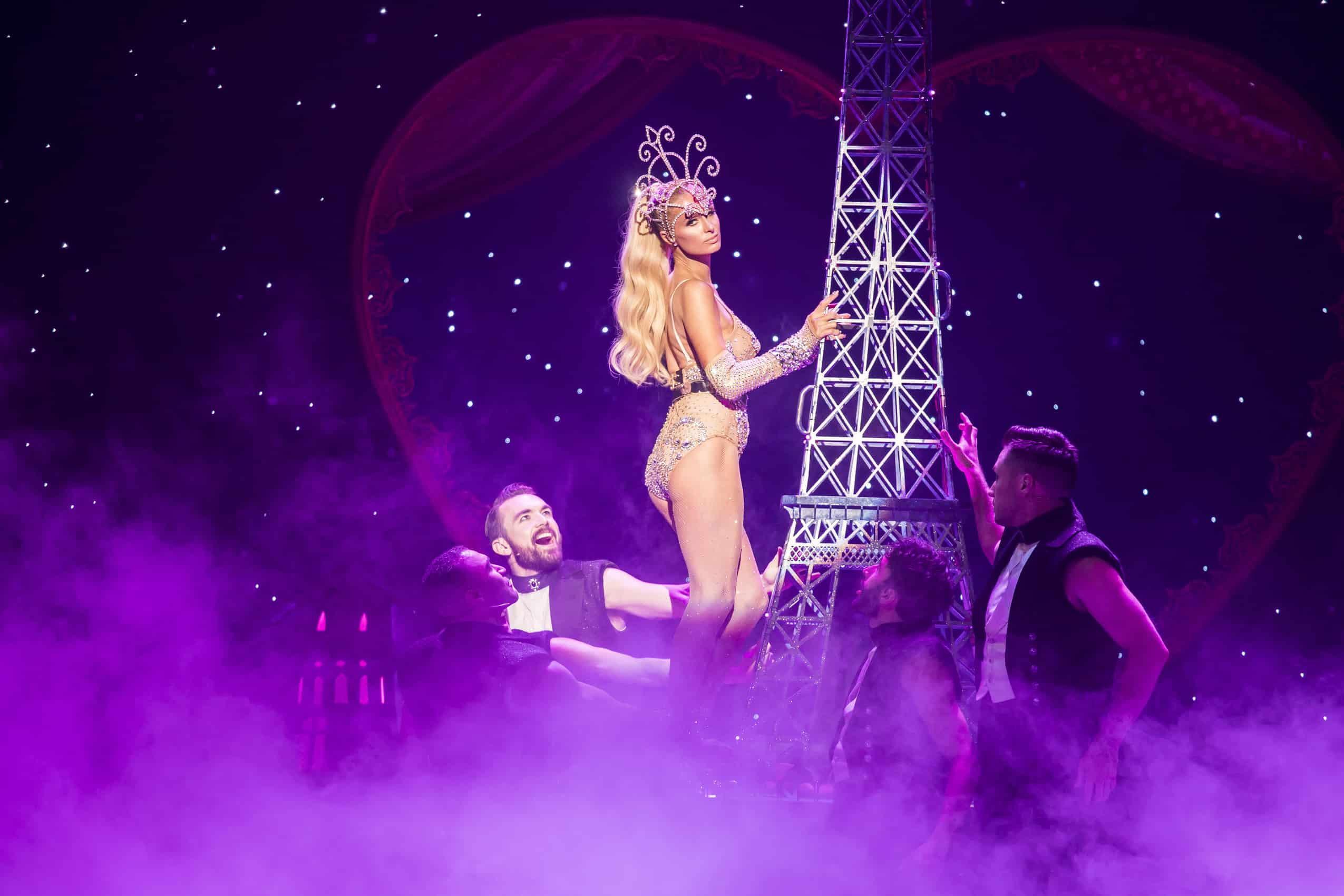 3. Location, Location, Location!
One of the best parts of Fashion Week in September and this year there were what felt like a record number of outdoors shows. Lela Rose took her crowd to Pier 64 at Hudson River Park, Cynthia Rowley showed in what we think was an alley in TriBeca, Coach brought us to The Highline, Longchamp brought Kate Moss, Kendall Jenner, and friends to Hearst Plaza at Lincoln Center, and Kate Spade’s runway show was held at the gorgeous Elizabeth Street Gardens. With nabbing that Instagram content an important part of going to shows these days, we appreciated the scenery. 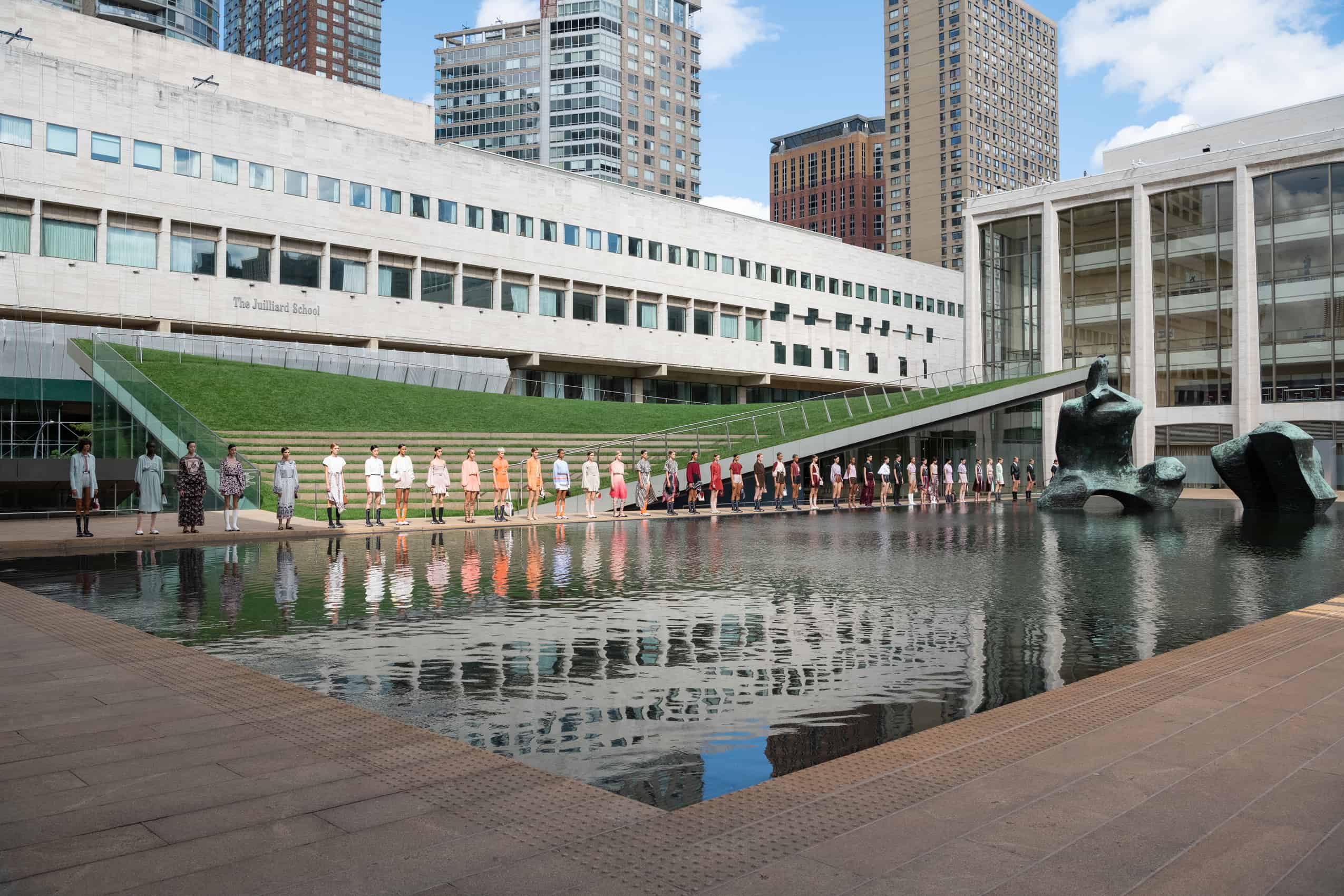 4. Brandon Maxwell Introduces Menswear
Had we missed the memo that Brandon Maxwell was introducing menswear this season? It certainly felt like a surprise (and very good one at that). Maxwell also brought the big boys to walk: Lucky Blue Smith, Garrett Neff, Sean O’Pry, and newbie James Turlington (related to you-know-who) to show off our upcoming Spring 2020 wardrobe. Loved it! 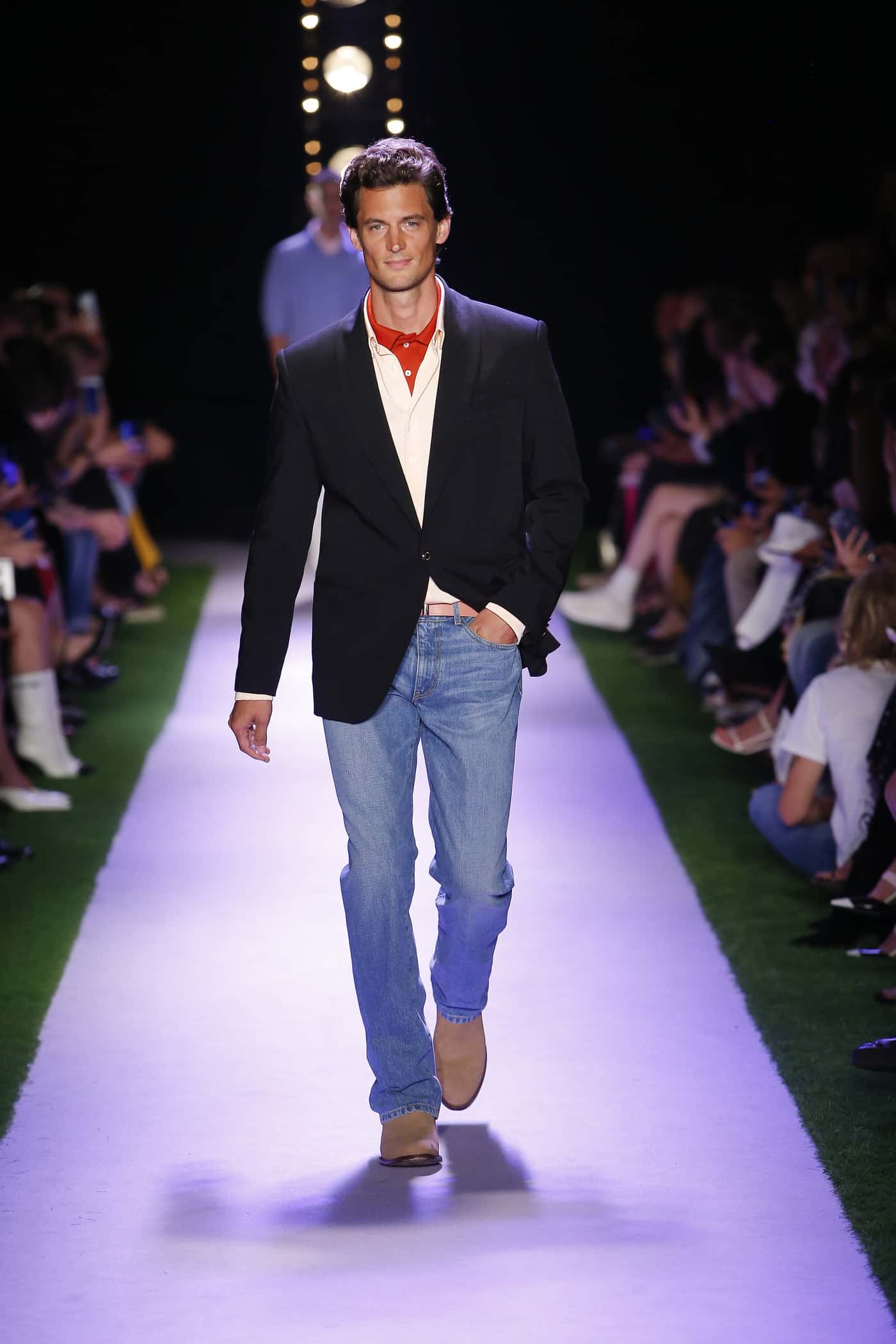 5. Barbra Streisand Came to New York Fashion Week!
OK, Not really. Babs hasn’t been to NYFW since the Bryant Park days for the DKNY show, but she was certainly omnipresent this year. Coach had her face on a few looks and Marc Jacobs paid homage to her album cover for My Name Is Barbra. The legendary everything clearly loved the nod and thanked MJ on Instagram yesterday.  We’re verklempt. 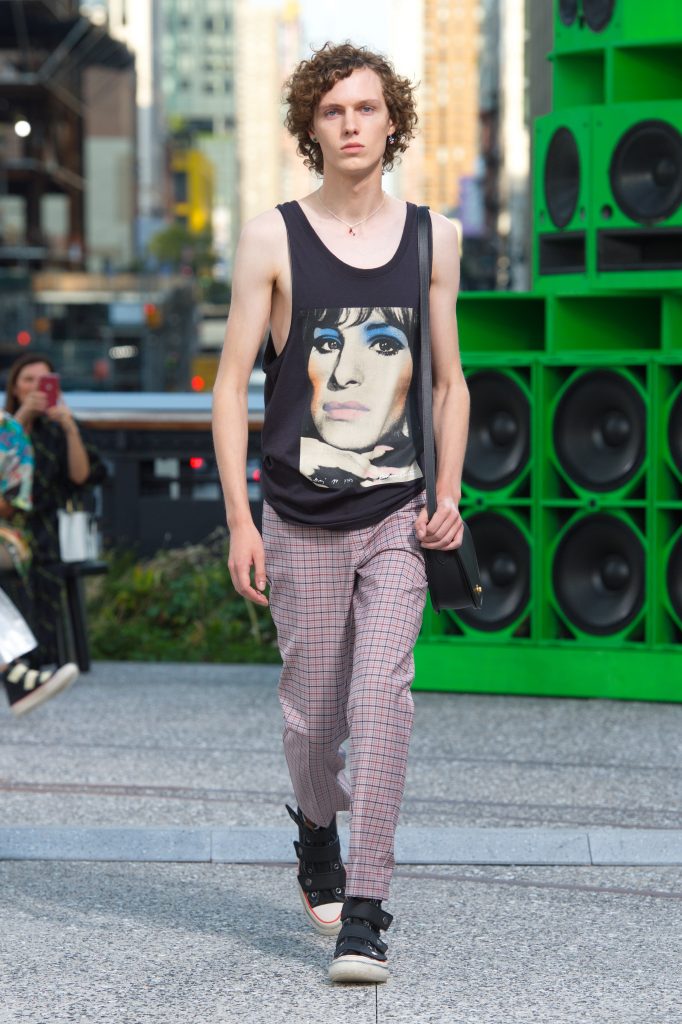 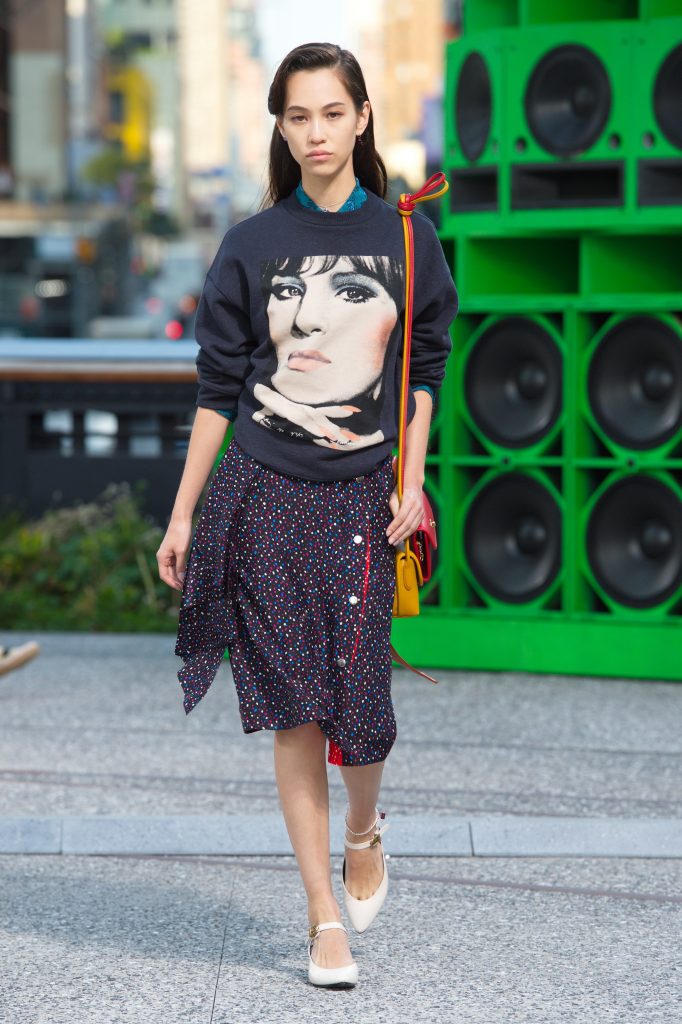 6. LaQuan Smith Knows How to Cast
Some of the best casting this season was at the LaQuan Smith show at Pier 59 where the “It Boy” had some of our favorite faces walk down the runway in his high energy show. “I wanted to showcase that LaQuan Smith is anyone who is unapologetically sexy,” he told us backstage after the show. “I’m a man who loves to celebrate curves, authenticity and diversity. Those things played a role in the casting. We had Halima [Aden], Winnie [Harlow] Slick [Woods], Alton [Mason]! All the mega major models right now. More than anything else, the brand is young, sexy, it’s right now. It’s only right to have the kids that support and love me be in the show.”

7. The Sies Marjan Collection Was a Stunner!
The word “chic” gets thrown out a lot in the fashion universe, but it really is the most fitting word to sum up Spring 2020 collection by Sander Lak’s Sies Marjan, which was shown at Surrogate Courthouse on Chambers Street. Soooo gorgeous. “This collection is rejection of irony, bad taste, satire, reality TV, and kitsch,” Marjan explained in the show notes. So it probably won’t be in any Camp exhibitions at The Met Ball, but it should be on every woman we know. 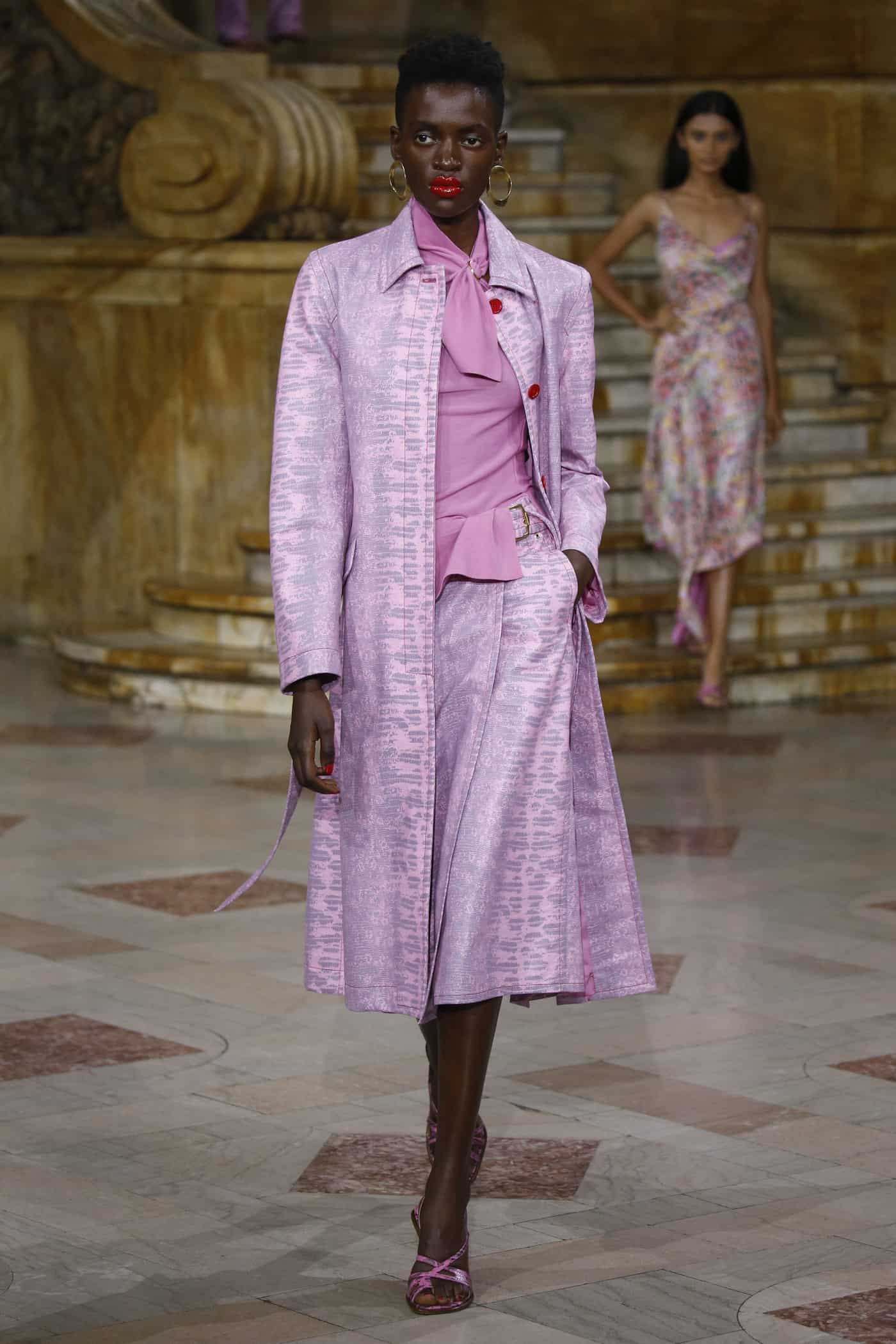 8. Jennifer Coolidge Came to Fashion Week
Hard to believe but Jennifer Coolidge told us backstage at Christian Siriano that this was her first ever fashion show and she was a little disappointed in the etiquette. “It’s not as catty as I’d hoped,” she told us. “There’s really nice people saying excuse me. I was expecting it to be scary. I was kind of hoping for that! A slap in the face!” She did assure us she loved Siriano’s collection and she’ll be back. 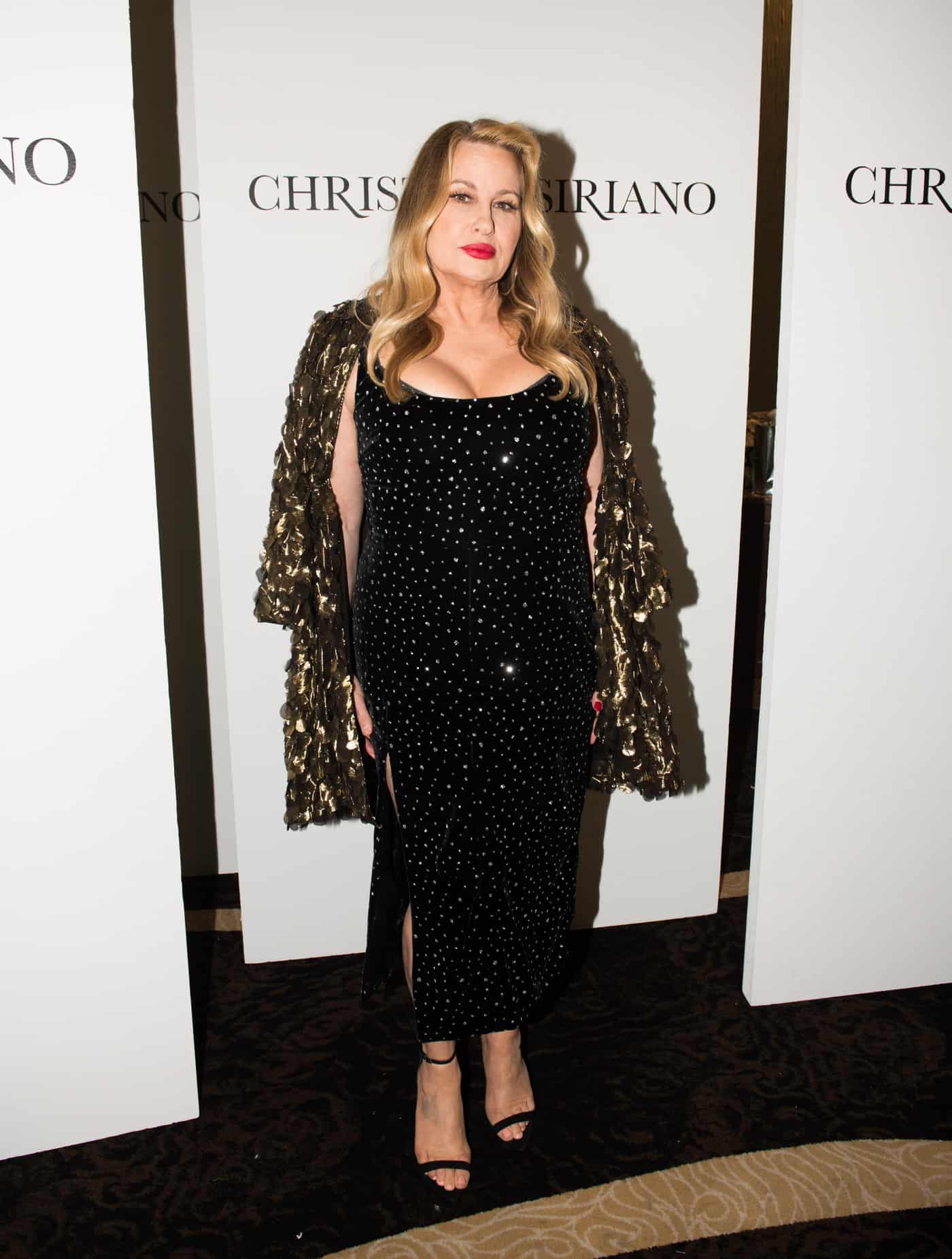 9. DKNY Turned 30 With a Bash!
You only turn 30 once so DKNY had a major bash at St. Ann’s Warehouse in Dumbo on Monday night with a very cool crowd joining them. Kendall, Winnie! Suki! Longtime DKNY collaborator Cara Delevingne took to the stage to wish the brand a happy birthday before introducing current face Halsey, who performed. 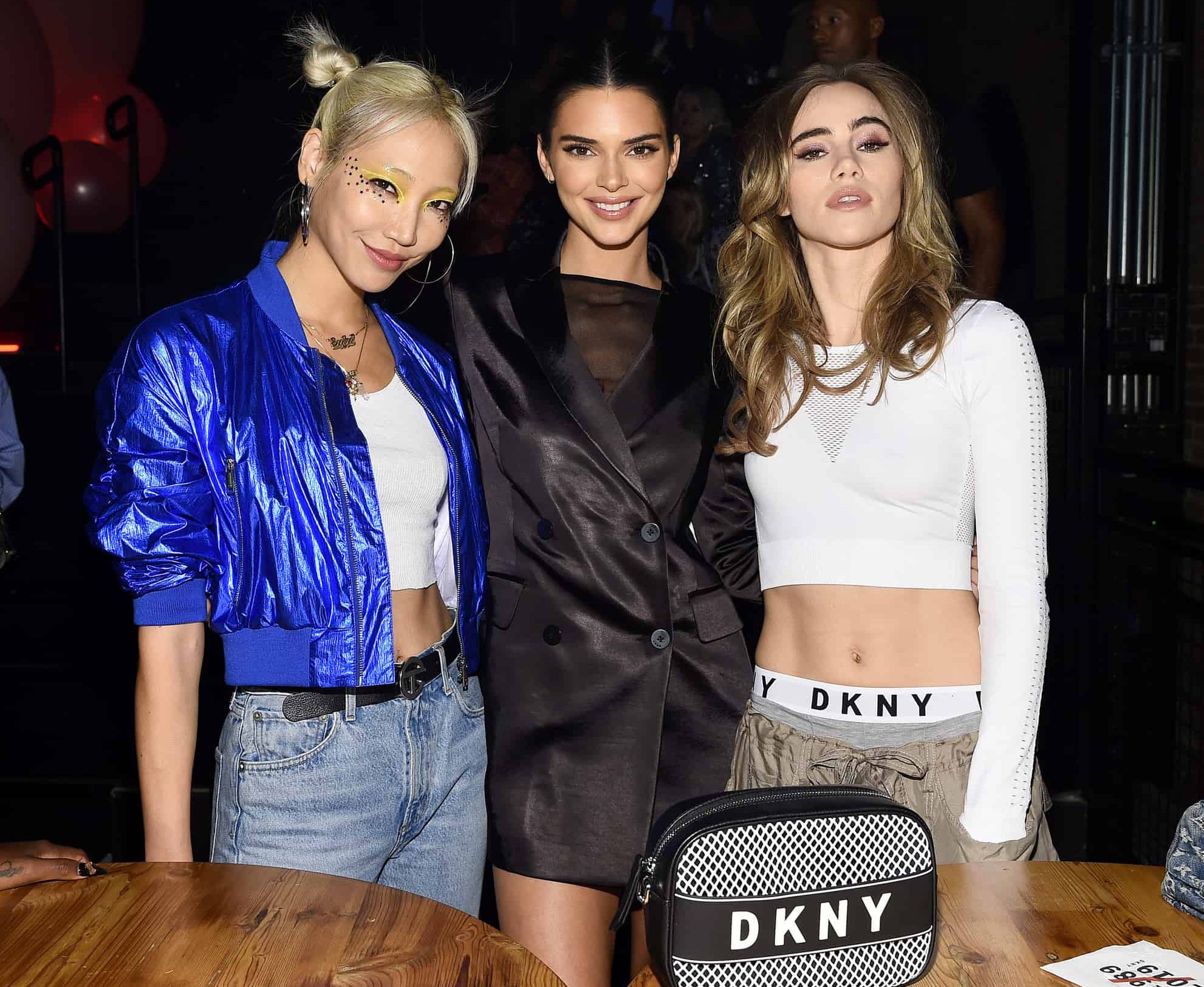 10. The Daily’s Fashion Media Awards
Unless you’ve been living under a rock for the past week, you probably noticed The Daily’s 7th annual Fashion Media Awards were held on September 5th at Rainbow Room. Kate Moss, people! KATE MOSS WAS THERE! We’re still dying! Everyone in the room was also incredibly touched by Indya Moore’s thoughtful speech honoring transgender gun violence victims. Click HERE to watch highlights. 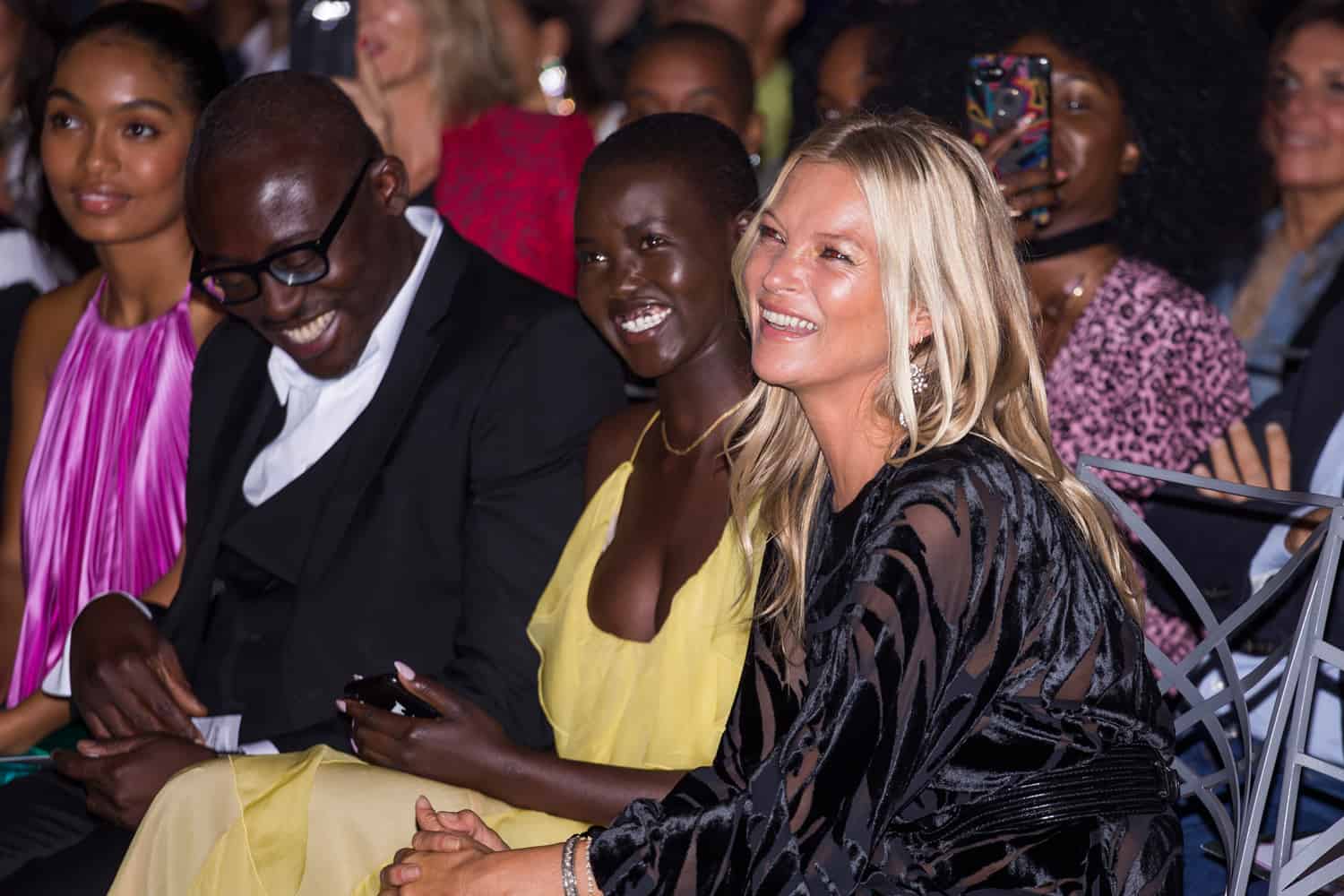 The Daily Media: 45 Moves to Know