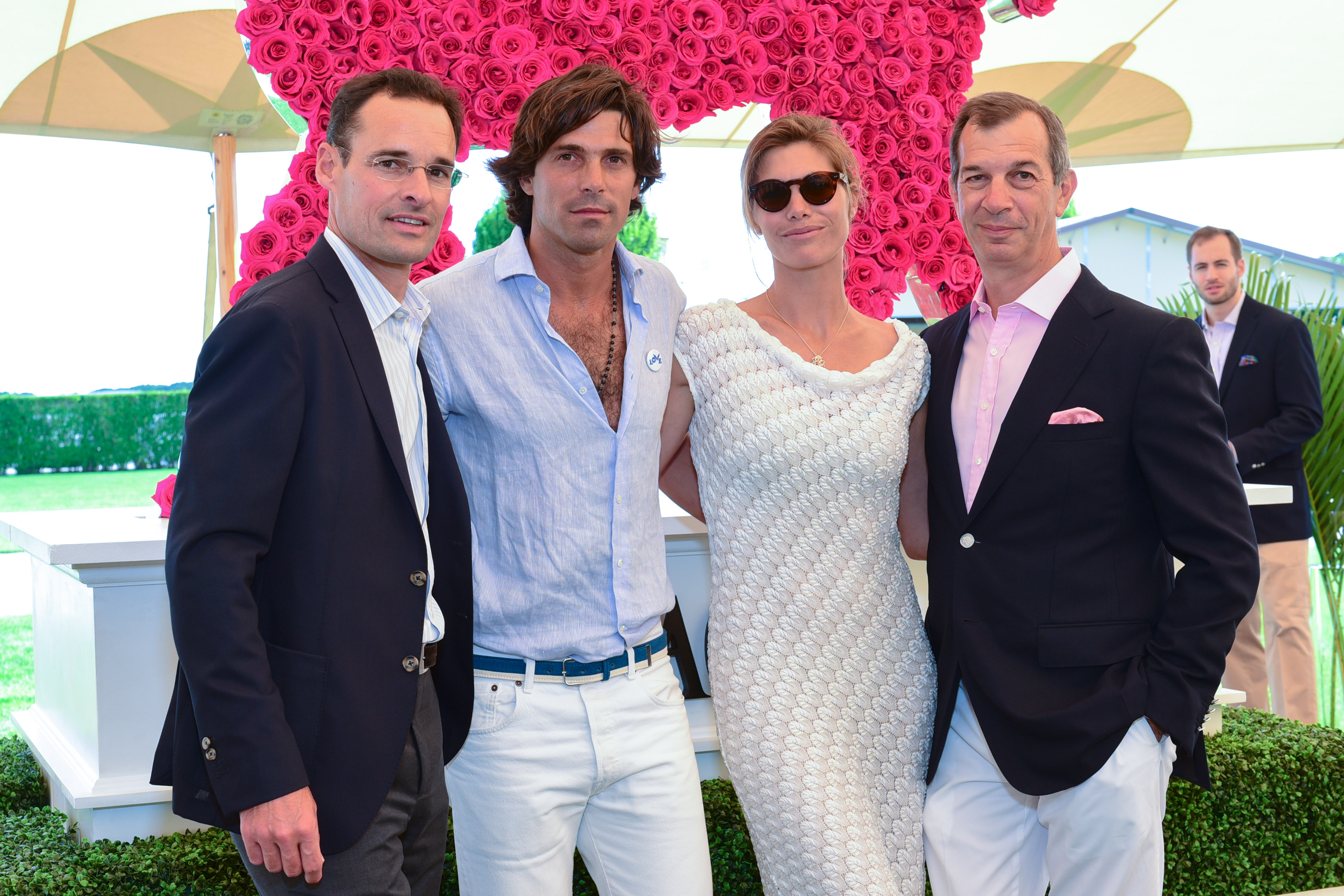 Sunday’s annual Piaget Hamptons Cup in Water Mill was perhaps the chicest to date. Piaget flew guests of the brand, including “it” girls like DJ Harley Viera-Newton and photographer and fashion blogger Hanneli Mustaparta, plus the ever dapper model, Eric Rutherford, on helicopters to and from the event compliments of Zen Air. Other chicsters spotted at the event included Rachel Zoe and her husband Roger Berman with kids in tow; Chris Martin and children; Athena Calderone; plus Donna Karan and Gabby Karan, who come out to support the event every year.

The star of the match and the event, polo player and Ralph Lauren fragrances model Nacho Figueras, won the game alongside his teammates for St. Regis Hotels & Resorts while playing against Credit Suisse’s team, which included the only female polo player on the field, Alainn Bailey, who served as co-captain. “I had always ridden horses and I had a friend that told me I should try polo, so I did, and then my husband [Stefano Natella] got into it as well,” said Bailey. “My kids are starting to play now. My son was so excited to meet Nacho.” Figueras is widely considered not only the most handsome man in the sport, but also the nicest. “He’s a much more beautiful person on the inside than he is on the outside,” said Diana DiMenna, the event’s co-chair, along with her husband Joe DieMenna, who own the property. “He and his wife Delfina have really taken the power and access that they have and used it to do wonderful things for polo and wonderful things for tons of causes and charities.”

The event raises money for the Robin Hood Foundation, a New York City-based nonprofit that aims to end poverty in the city. “We have been very involved with Robin Hood for a number of years. It’s the gold standard of charities in New York,” said DiMenna. “We have other philanthropic interests that are not Robin Hood-related, but as a philanthropist I know that when I make a contribution to Robin Hood, they are going to use that money better than I could.”

The DiMennas have been hosting the polo event with Piaget ever since it started four years ago. The couple initially purchased the first 50 acres of the property about 14 years ago. “Over a period of time, we have acquired other adjacent properties,” said DiMenna. “We did it partly to build the polo field, but also to preserve open space in the Hamptons. We didn’t want the property to go to a developer and watch the open space disappear.” DiMenna and her husband are avid polo enthusiasts and her husband has been playing for the last 17 years. “He started playing as an adult,” said DiMenna. “When you don’t grow up riding, to take on playing polo as an adult is pretty gutsy and that quality is one of the things I admired most about my husband.” DiMenna is quite a standout in her own right, as a philanthropist and, if we might say so, a woman of style. DiMenna wore a white twill halter dress from MatchesFashion’s in-house brand Raey and a pair of bead-embellished blue sandals from Tabitha Simmons, which was just right for the event.

After the polo match, guests spent the rest of the late afternoon and evening dining beneath the white tents at tables decorated with Piaget-inspired roses, an iconic symbol for the brand. Piaget’s incredible jewelry and watch collection were on display for the tony crowd as was a $2.5 million Bugatti, a sponsor, that arrived mid-event. However, despite all of the bells and whistles of the afternoon, the event ultimately raised $1 million for the Robin Hood Foundation. “Over the years, Dianne and Jo DiMenna have brought hundreds of great people together to fight poverty in New York City,” said Robin Hood Foundation executive director David Saltzman. “Together these good people have raised millions of dollars in New York, and what could be better than that?”